Congratulations to Dr Milad Haghani on receiving his Doctorate degree on Wednesday the 11th of April at the University of Melbourne.

During his PhD, Milad studied human decision- making behaviour during emergencies in crowded environments. Taking a multi-disciplinary approach, he proposed, designed and performed an innovative class of experiments that simulated the escape behaviour of crowds under controlled laboratory conditions. Applying advanced econometric decision-making modelling techniques, he suggested an analysis of the experimental observations at an individual level;

a  rst in this  eld. The outcomes of his research have helped to demystify misconceptions and pre-existing assumptions about escape behaviour, that were previously based purely on theoretical studies.

Milad has also developed models that replicate human decision-making behaviour in simulated evacuations, which have applications in risk analysis, evacuation planning and optimisation. He has presented and published his work in more than fourteen leading scientific journals across a range of disciplines. 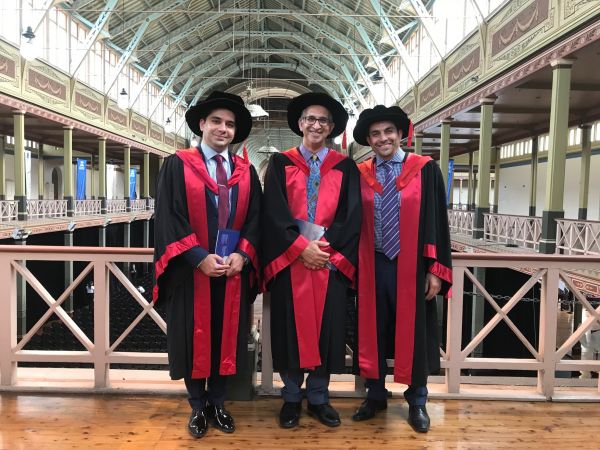