Coastal flooding set to get more frequent, threatening coastal life and 20 per cent of global GDP

Coastal flooding across the world is set to rise by around 50 per cent due to climate change in the next 80 years, endangering millions more people and trillions of US dollars more of coastal infrastructure, new research shows.

This would mean about 77 million more people will be at risk of experiencing flooding, a rise of 52 per cent to 225 million. The economic risk in terms of the infrastructure exposed will rise by up to $US14.2 trillion, which represents 20 per cent of global GDP.

The analysis is based on a climate scenario where carbon dioxide (CO₂) concentrations in the atmosphere continue to rise rapidly.

“A warming climate is driving sea level rise because water expands as it warms, and glaciers are melting. Climate change is also increasing the frequency of extreme seas which will further increase the risk of flooding,” lead author and University of Melbourne PhD candidate Ebru Kirezci said.

“What the data and our model is saying is that compared with now, what we see as a 1-in-100-year extreme flood event will be ten times more frequent because of climate change.” 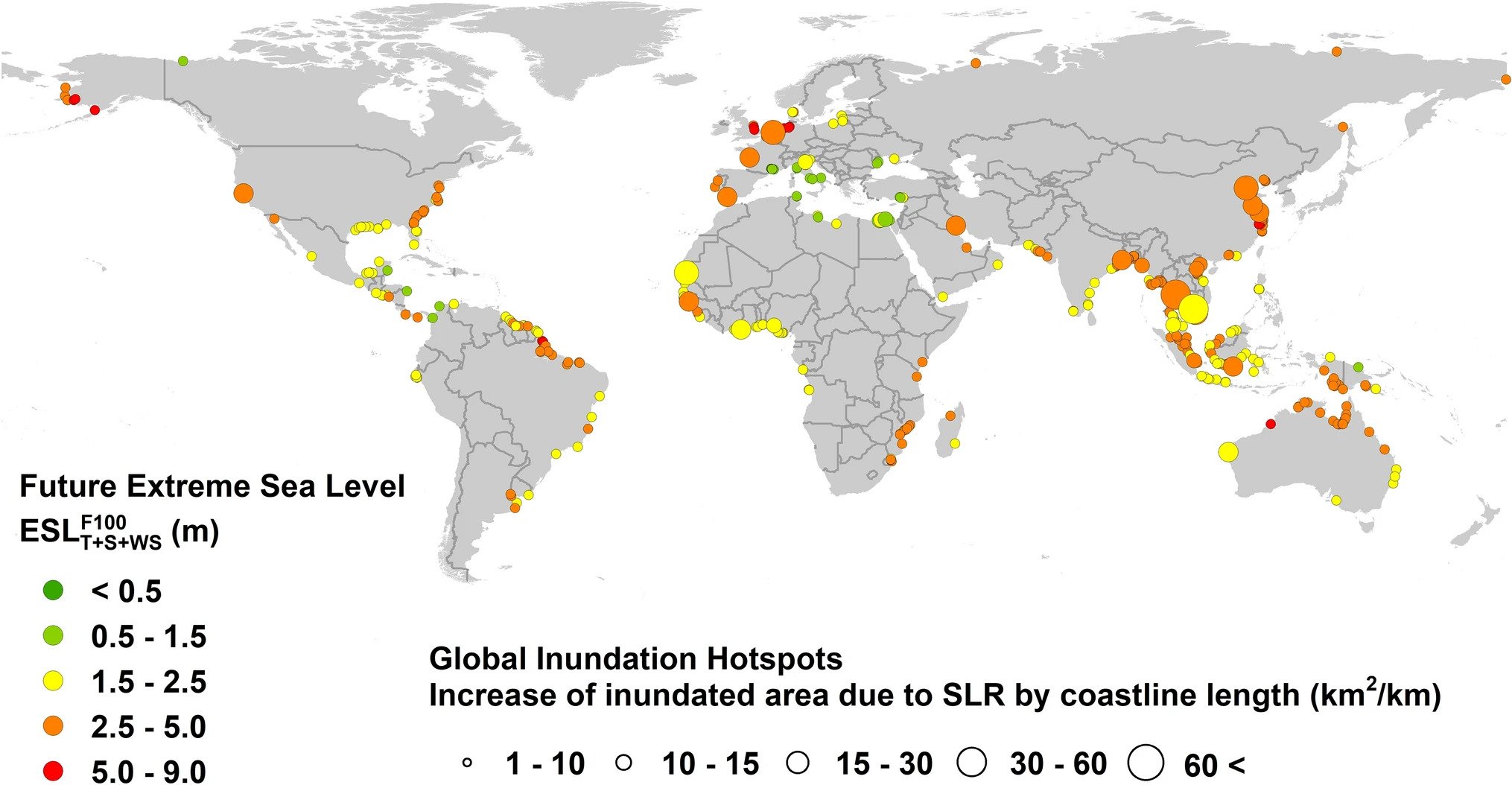 “This is critical research from a policy point of view because it provides politicians with a credible estimate of the risks and costs we are facing, and a basis or taking action,” Professor Young said.

“This data should act as a wake-up call to inform policy at global and local government levels so that more flood defences can be built to safeguard coastal life and infrastructure.”

The analysis does not take account of existing flood defences that in places like northern Europe already provide significant protection. But researchers warn that the extent of the increased risk highlighted by the study shows just how vulnerable large parts of the world will become unless action is taken both to mitigate the effects of climate change and expand flood defences.

“Our research shows that large parts of communities residing in low-lying coastal areas are at risk of being devastated so we need urgent action. Vulnerable areas need to start building coastal defences, we need to increase our preparedness, and we need to be following strategies to mitigate climate change,” Ms Kirezci said.

The study was led by researchers from Melbourne School of Engineering at the University of Melbourne in collaboration with IHE Delft Institute for Water Education, Vrije Universiteit Amsterdam, University of East Anglia and the Global Climate Forum in Germany.