What does it mean to work in creative enterprise on the global stage today? The cultural and creative industries are one of the world’s most rapidly growing economic sectors, spanning arts, culture, screen, design, publishing and more.

How do creatives and executives empower themselves to contribute to this fast-evolving landscape? Join us for an exciting panel discussion to find out.

Alison Bell is the co-creator/co-writer/producer and star of The Letdown, an ABC/Netflix International co-production. The Letdown is the first Australian comedy commissioned by Netflix International. The pilot episode won Alison and Sarah Scheller (Co-creator/co-writer) the AACTA Award for Best writing for Television in 2016. For her role in the show Alison has been thrice nominated for best Comedy performer, winning in 2019. Both seasons have taken out the AACTA Award for best Comedy. And Alison was nominated for Best Director for her directorial debut on Season 2. Prior to The Letdown, Alison, a multi award winning theatre actress was perhaps best known for her work on the MTC, Belvoir, STC, Malthouse and STCSA stages. She has appeared in many Australian television series, starring in the ABC Comedy, Laid. In the US she’s had roles in No Activity, The Letovers and the Apple reboot of Spielberg’s, Amazing Stories. Alison is currently developing a new show with FX in the US, and in Australia, among other projects, a mini series with Revlover and her first play for Malthouse Theatre.

Rob Bell is Executive Vice President, International New Media, for NBCUniversal. Based in LA, Bell oversees licensing of Universal films and TV series to global digital platforms and leads digital strategy for NBCU in EMEA, Latin America & the Asia Pacific. Since joining NBCUniversal in 2006 in London, Rob has been pivotal in driving the growth of the company’s digital business. In his current role he oversees business development and sales, marketing, account management and business insight specialists, focused on building long-term strategic relationships with established and emerging digital platform partners including Netflix, Amazon, Apple & Google. Prior to NBCUniversal, Rob was Senior Director at Sony Music, based in London, overseeing European digital business. Prior to this he worked at a number of digital start-ups and in various digitally focused media roles. Rob started his career in finance, working at BNP Paribas, Macquarie Bank and PricewaterhouseCoopers in Melbourne. Bell holds a Bachelor of Commerce degree from the University of Melbourne. 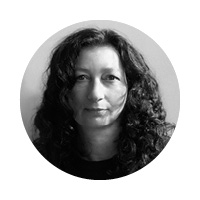 Sandra Sciberras is Senior Lecturer and Head of VCA Film and Television, Faculty of Fine Arts and Music University of Melbourne. She was Post Graduate Convenor working closely with the graduates of the Master programs, including screenwriters, directors, and producers. Having established long relationships with industry as a professional screenwriter and director, Sandra also works through her film company Three Feet of Film in both development and production. Her commitment to nurture filmmakers from all walks of life are a primary focus for her and is an extension of her desire for a healthy, diverse Australian film and television industry. Sandra has directed several feature films including the award winning film The Caterpillar Wish, the romantic comedy Surviving Georgia and most recently the Sci Fi Thriller The Dust Walker soon to be released in Australia, Japan, and the US.