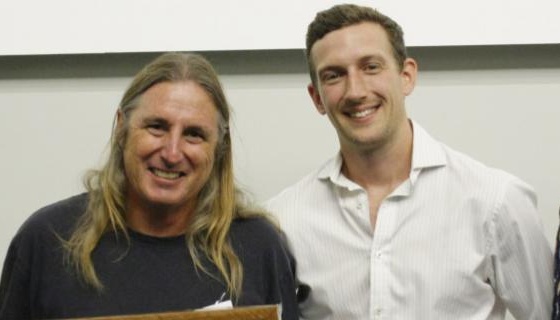 The University of Melbourne has launched a new trust designed to harness public support for conservation, with acclaimed author and conservationist Tim Winton announced as patron.

It was established following a 2016 University-led expedition to the Kimberley region that discovered 20 new species of fish, making it the single greatest addition to Australia’s freshwater fish inventory since records began.

Associate Professor Tim Dempster from the School of Biosciences, who led the expedition, said Tim Winton’s commitment to conservation and environmental advocacy made him the preferred choice as patron for the Trust.

“We wanted to acknowledge Mr Winton’s extensive contribution to conservation over the years, and of course he has produced some of the most beautiful and inspiring writing on Australian landscapes,” he said.

“More personally though, while we were driving through the Kimberley, we listened to Tim’s The Turning on audiobook. It seemed fitting to give one of the new species the scientific name of Hannia wintoni or Winton’s grunter.”

Dempster’s decision to name a fish after Winton opened up a dialogue with the author, and a need for further research was identified.

“Both of us wanted to do more, and this led to the creation of the new trust,” Associate Professor Dempster said.

The first major initiative of the Trust will be to establish the ‘Award for Conservation Research into northern Australian animals and their ecosystems’.

The award’s aim is to discover new species and to understand more about the animals of northern Australia to better protect them.

The Trust for Native Australian Animals and their environments is just one of the ways the University is seeking to create a more sustainable future as part of Believe – the Campaign for the University of Melbourne.