A bid to improve near-zero survival rates for pancreatic cancer will receive a boost with the creation of Australia’s first pancreatic cancer ‘organoids bank’, enabling researchers to bring down the time it takes to find individualised chemotherapy treatment within weeks rather than months. 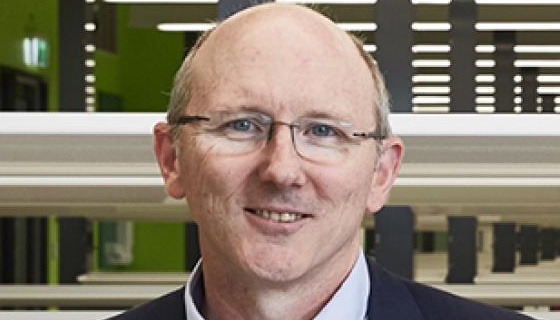 The key to this project will be organoids — mini pancreatic organs the size of a grain of polystyrene — which will be bombarded with drugs already used for pancreatic cancer and drugs currently used to treat other cancers.

Work has begun on the ground-breaking collaboration between the University of Melbourne and the Walter and Eliza Hall Institute of Medical Research.

The project will be housed at the Victorian Comprehensive Cancer Centre (VCCC) in 2017. And while it is still early days as far as patients are concerned, researchers are hoping to reach the first trial phase of the project in 2018.

This accelerated effort, announced on World Pancreatic Cancer Day, has been made possible by a $916,000 grant from the Avner Pancreatic Cancer Foundation to the University of Melbourne. It is funding Australian research to the tune of $2 million this year, in a bid to double survival rates by 2020. Only 7% of patients are alive five years after being diagnosed, and only 1% at 10 years.

CEO and Co-Founder of the Avner Pancreatic Cancer Foundation, Caroline Kelly, said “Avner’s Foundation is thrilled to award this grant to such a ground-breaking team. Our priority is to keep working to fund further research into this low profile but devastating cancer and increase survival rates.”

The University of Melbourne Bertalli Chair in Cancer Medicine, Professor Sean Grimmond, said clinicians had limited time to decide on treatment, as the average patient survives only three to six months after diagnosis.

“When that first round of chemo fails, we’re up against the clock and the timeframes are ruthless,” Professor Grimmond said.

“The end game is to take the guesswork out of chemotherapy, with a clinical test that will assess dozens of drugs and drug combinations against tumor samples from each patient.”

Professor Tony Burgess, head of Structural Biology at the Walter and Eliza Hall Institute, is jointly leading the bank and said the use of organoids would be a step change from current drug testing techniques, which take eight months to yield results that are unreliable.

“We expect organoids to give us answers on an individual patient’s drug sensitivity and resistance in 10 days,” Professor Burgess said.

“Combine that with information on each patient’s genetic mutations, and we expect this will give doctors real answers inside three weeks.”

Pancreatic cancer survivor Martin Hankin, 45, who was diagnosed three years ago and has since been given the all-clear, said it was heartening to see new developments in research.

“Being a survivor, I’m one of the lucky ones, but when I lost my father to the same disease 15 years ago, treatment had not advanced in decades. We can live in hope.”

The grant is part of Believe — the Campaign for the University of Melbourne. It is the largest-ever fundraising commitment for an Australian public institution, aiming to raise $1 billion by 2021, and has health and wellbeing as a core focus.

Find out more about the campaign here.