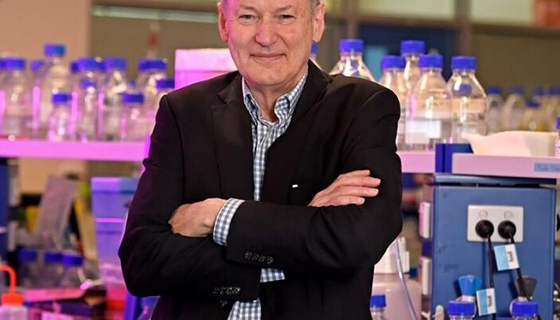 Professor Reynolds is a world-renowned oral health expert and the prize recognises his invention and commercialisation of Recaldent, which is based on a protein in dairy milk that repairs and strengthens teeth.

Products using Recaldent – such as chewing gum and tooth mousse – have generated sales of more than $2 billion to date and it has been estimated they have saved more than $12 billion in dental treatment costs worldwide.

The $250,000 award was presented at a ceremony in the Great Hall at Parliament House in Canberra.

University of Melbourne Dean of the Faculty of Medicine, Dentistry and Health Sciences and Assistant Vice-Chancellor (Health), Professor Shitij Kapur, congratulated Professor Reynolds on the award.

Professor Kapur said Professor Reynolds persisted with an idea and with quiet determination turned his idea into a reality.

“Professor Reynolds is a key leader and a great researcher who has demonstrated a willingness to engage with those in his profession and the commercial world to make a difference to the community,” he said.

“We congratulate him on being named as a Prime Minister’s prize winner.”

Pursuit: 'Brush your teeth! It could save your life'

Professor Reynolds, who leads the Oral Health Cooperative Research Centre, said he has more research to do.

He is also tackling the other major oral health challenge – gum disease or peridontitis.

“Most of us will get a bit of mild gum disease or peridontitis from time to time when ‘bad’ bacteria in our mouths get out of balance with ‘good’ bacteria,” he said.

“Bacteria get between our gums and our teeth and an inflammation kicks off. If we’re unlucky then the peridontitis bacterium moves in, leading to bone loss and ultimately our teeth fall out.”

Earlier this year the Australian Dental Association presented Professor Reynolds with an Award of Merit for his outstanding service to dentistry and dental education over more than 35 years.

Since starting in the University of Melbourne’s Department of Preventive and Community Dentistry in 1978, he has conducted and supervised research published in more than 270 publications, won countless awards, given hundreds of lectures globally, secured 22 patents and attracted more than $100 million in research funding.