The University of Melbourne has announced that the Campaign total has reached $500 million. 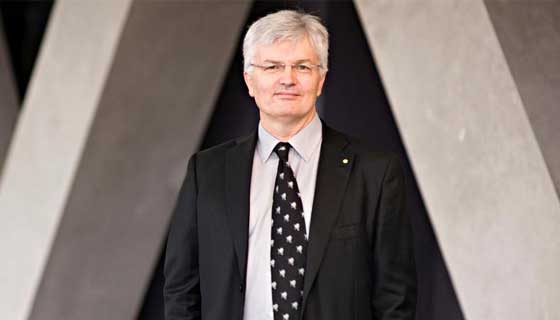 We launched Believe – the Campaign for the University of Melbourne publicly in 2013 with an ambitious goal: to raise $500 million by the end of 2017.

Thanks to more than 20,000 donors worldwide, the University has officially passed this mark two years ahead of schedule. The impact of this incredible generosity is already being felt across the university and beyond, and we’ve set our sights on achieving even more.

Vice-Chancellor Professor Glyn Davis AC has launched a second phase of the campaign, with the aim of raising $1 billion by 2021 and engaging 100,000 alumni in the process. It will be the largest-ever fundraising commitment for an Australian public institution, and the largest public university philanthropic campaign ever conducted in the Asia-Pacific.

Professor Davis says the University has been overwhelmed by the generosity of its donors.

“Our intent with the Campaign has always been to change the lives of future generations. Thanks to our incredible alumni and donors, the impact has been nothing short of transformative."

“We’ve been able to provide more than $150 million to educate tomorrow’s leaders, $120 million towards enriching our communities, on top of the more than $230 million raised for groundbreaking research in areas including melanoma and skin cancers, childhood mental health and human rights law.”

Professor Davis says the University’s alumni and donor community has been essential to the Campaign’s success. “This community is at the heart of the University; they are among our greatest ambassadors and have played a vital role in helping Melbourne become Australia’s leading university."

“Their support, as volunteers and ambassadors, will ensure Melbourne is a university that stands as one of the finest in the world, and an institution that will continue to have a significant impact on groundbreaking research, educational opportunity and enriching public life."

“However our work remains unfinished. Our aspiration is to engage 100,000 of our alumni by the end of the Campaign in 2021, as active participants in the life of the University.”

Campaign Chair Mr Allan Myers AC QC says: “As a graduate of this University, I believe that those who benefitted from a Melbourne education have the power to create a legacy for future generations."

“The Campaign has achieved so much in developing new research programs and making a difference to the lives of thousands of students."

“Philanthropy has also played a key role in leveraging government funding to change the face of the University’s Southbank campus, placing it at the heart of the Arts precinct of Melbourne."

“We all live in a world that is tackling serious questions of health, sustainability and innovation. We believe that Melbourne has a vital role to play in meeting these challenges. Great strides have been made, but there is more to do.”