The Clifford Chair in Neural Engineering – made possible by the Clifford family – brings researchers from engineering, medicine, and science together to develop ground-breaking medical devices. And Stephen Ho and his daughter Tracy generously established the Stephen Ho Innovation Award to create more opportunities for BioDesign Innovation students.

Professor David Grayden’s career accomplishments prove the value in collaboration and the collision of ideas that follow. Working alongside students and researchers, he continues to accelerate progress in medical technologies that enrich people’s lives.

Having graduated from Engineering Science at the University of Melbourne in 1991, Professor Grayden then completed his PhD in Automatic Speech Recognition. It was this unique mix of qualifications that set the tone for Professor Grayden’s career as a multi-faceted biomedical and neural engineer. 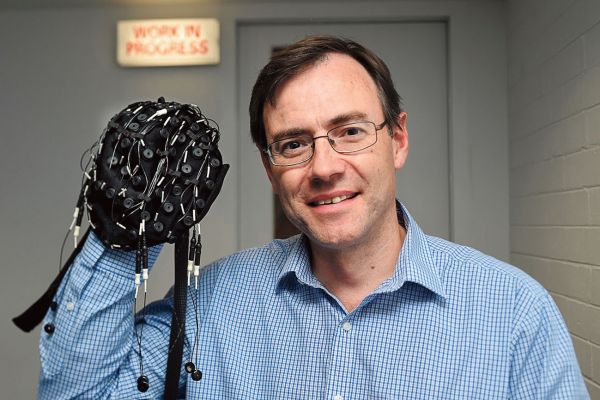 Since then, Professor Grayden has lectured at the University, worked on an array of bionic devices for neural diseases and paralysis, and co-developed a subject at the University that’s fast-tracking his students’ Medtech concepts to thriving, commercialised businesses.

Through it all, philanthropy has played a critical supporting role. It enabled Professor Grayden to contribute to more cutting-edge biomedical research, broaden his collaborative efforts, and impart his knowledge on his students.

The generosity of these donors has allowed us to step outside and beyond the constraints of what we would normally do. It has allowed me to explore new areas that I just didn’t have capacity or capability to explore before.

Backing the power of partnership

In 2019, in recognition of his dedication and commitment to this field, Professor Grayden was appointed the Clifford Chair in Neural Engineering. The position – made possible thanks to the generosity of Mr Leigh Clifford AO and Mrs Sue Clifford – enables the recipient to work closely with researchers and students from across faculties to develop technologies that have a big impact.

Mr Clifford said the Chair “brings together researchers and experts from engineering, medicine and science to improve health outcomes for every Australian, not just those living in major metropolitan cities.”

“It’s facilitated the existing projects, but primarily, it’s been really good to have the support to seed some new ideas and new areas,” said Professor Grayden.

One such project is enhancing technologies that improve brain function for those with epilepsy and Parkinson’s disease. “It’s a new type of implant that can go into the brain that uses ultrasound instead of electrical stimulation,” explained Professor Grayden.

Currently, implants require open brain surgery. The precision of the device’s placement during surgery greatly impacts its efficiency and likelihood of causing side effects.

The device Professor Grayden is helping develop could eliminate these issues. The device would be placed in a blood vessel within the brain rather than directly in brain tissue – avoiding open brain surgery. And misalignment problems could be overcome as the use of ultrasound waves make the device more adaptable.

As the Clifford Chair, Professor Grayden has supported the PhD student leading this project. “I’ve been able to support some fabrication work for the device and also support his scholarship,” he said.

He is also supporting work that could assist about 20,000 Australians facing paralysis from neurological diseases.

Collaborating with the Faculty of Medicine, Dentistry and Health Sciences at the University, Professor Grayden is working on the Miniscope. It’s a camera sensor that would be placed on the surface of the brain to record thousands of neurons.

The new technology aims to overcome the issues associated with existing brain computer interfaces by enhancing signal quality and longevity.

“Instead of putting devices into the brain that electronically record from the brain, we can use a camera plus this new cellular technology that causes neurons to glow when they’re active,” explained Professor Grayden.

Developing technology that solves unmet clinical needs is at the heart of Professor Grayden’s ambitions. And his greatest passion is teaching the next generation these skills.

“I feel that, as an academic, my best contribution to impacting the world is the way that my students will impact the world,” he said.

In 2016, Professor Grayden co-developed and launched the BioDesign Innovation course with Associate Professor Kwanghui Lim from the Melbourne Business School.

“A big part of the subject is teaching students how to find and validate unmet medical needs,” he said.

What’s special about the course is that all of these things are taught within a project-based learning environment. When you learn by doing, it makes a lot more sense. 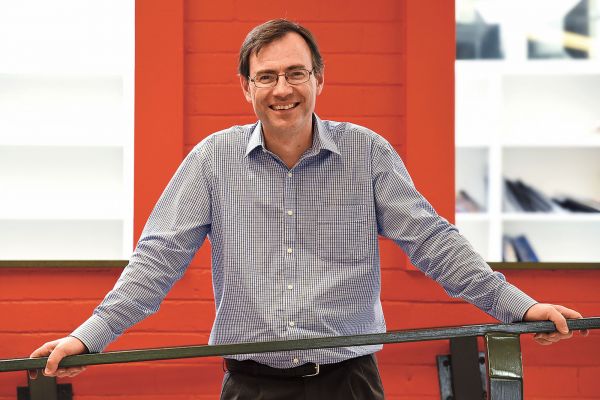 Over the next five years, University of Melbourne mechanical engineering alum Stephen Ho and his daughter Tracy have committed a generous philanthropic contribution to the course.

The Stephen Ho Award will enable students to create more complex technologies. It will also give the most promising projects financial support to turn their idea into a business.

Ho has a clear objective: “To make dreams come true. To give purpose and meaning especially to young people. And for the young and brightest to create better lives for all.”

Professor Grayden explained: “The Award allows us to increase the number of teams that we can support. And it allows students to think bigger in terms of their prototyping work – to be able to buy more expensive pieces of equipment to do that development.

“I think it’s been quite telling this year that the achievements of the teams, in terms of what they’ve been able to prototype, has stepped up a notch.”

One start-up that has come out of the BioDesign Innovation course is Navi Medical Technologies. Critically ill newborns often undergo an invasive procedure where small tubes are placed into their veins. But unfortunately, these tubes are often misplaced during the procedure – or can easily move to dangerous positions afterwards.

But Navi’s Neonav system provides clinicians with real-time location feedback for these tubes during and following the insertion procedure.

“Through BioDesign, we’re seeing a lot of students form their own companies and go on to commercialise these devices. Many of them say that they would never have considered doing this before this subject and I often hear, ‘This subject has changed my life’,” said Professor Grayden.

From giving students the licence to dream bigger, to helping researchers like Professor Grayden lean further into collaboration – philanthropic support is boosting what’s possible in bioengineering.

Professor Grayden knows these generous gifts, from Leigh and Sue Clifford, and Stephen and Tracy Ho, will have a long-lasting impact on students, academics, and the people who will benefit from future breakthroughs in medical technology.

“It’s difficult to get funding for new ideas without a proof of concept. But the philanthropic support helps to bridge that. It helps to provide that initial support that allows this sort of grassroots seeding of new ideas that can then blossom.”