They are called Charlie, Jack, Tiny and Elvis and they are among a ‘band of brothers’ shipped to Victoria to help save the state’s eastern barred bandicoots from extinction. Their efforts – of a carnal nature – have been so successful that they have spawned three new generations of a native animal that was almost lost.

Last year, the marsupial became the first Australian species to have its conservation status modified from ‘extinct in the wild’ to endangered. Moving forward, the introduction of new genes from the Tasmanian bandicoots will provide the genetic health needed to maintain this status.

Of course, the band of 15 male bandicoots from Tasmania do not deserve all the credit. That truly belongs to the scientists of the School of Biosciences and collaborators at Mount Rothwell  Conservation and Research Reserve, who spearheaded the urgent effort to save the species, and a group of donors, who funded their critically important work.

At a time of great environmental change, their success holds great promise for the genetic rescue of threatened species – not just in Australia, but across the globe. Victoria’s eastern barred bandicoots were facing an abyss. Three of the five Victorian bandicoot species were already extinct, so the race was on to save the survivors. Years of inbreeding, loss of natural habitat to agricultural and residential demands, and attacks by predators had taken their toll.

“They were in pretty bad shape genetically,” recalled Professor Ary Hoffmann, Chair of Ecological Genetics in the School of Biosciences, who has been heavily involved in the marsupials’ rescue operation. 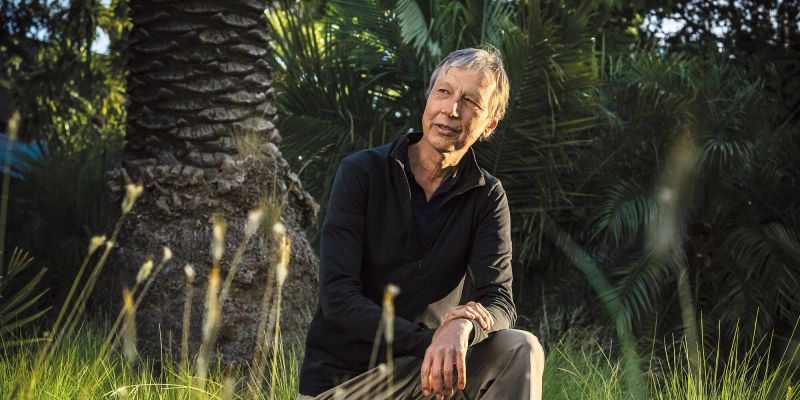 Inbreeding depression can lead to a loss of fitness and what typically happens is that you get deleterious genes, which accumulate due to inbreeding. When the animals lose their fitness, it makes it difficult for them to fight threats like climate change, diseases and predators.

The team understood the urgency. There was more at stake than just the survival of the small nocturnal creatures; the entire ecosystem was at risk. The bandicoots promote the growth of grasslands and the wildflowers prevalent in many hectares of land across western Victoria’s volcanic plains. Their valuable digging work has earned them a reputation as “ecological engineers”.

“They dig for two reasons,” explained Professor Hoffmann. “They hide in these underground areas during the day to avoid predators and they also dig when they chase food. That turnover of the soil is great for the ecosystem.”

The scientists believed they might be able to save the species through a ‘genetic rescue’ program that had already proved stunningly successful in saving the Mount Buller mountain pygmy possum.

Genetic rescue provides a way for small, inbred populations to recover fitness and restore lost genetic variation. The deleterious alleles that decrease fitness in the small population are then masked, with this hybrid hardiness eading to an increase in the size of the population.

What they did in case of the Mount Buller native mammal was to introduce it to the Mount Hotham mountain pygmy possum to regenerate the species. “We were not crossing species,” explained Professor Hoffmann. “We were bringing in fresh material and together with ecological restoration it led to a big increase in the Mount Buller population.”

The recovery was so great that there are now more mountain pygmy possums at Mount Buller than ever previously recorded.

That success set the stage for the arrival of Jack, Tiny and their pals at Mount Rothwell Conservation and Research Reserve, the largest predator-free haven on the mainland, located about 50 kilometres west of Melbourne, just north of the You Yangs. They belonged to a population of Tasmanian eastern barred bandicoots considered to be genetically healthy.

The biggest challenge facing the researchers for this fresh assault was funding.

Enter the donors. A fundraising campaign in 2018 drew a passionate community of 153 donors contributing $18,000. Science alumni Julie and James Douglas then almost tripled that donation to support the project, as well as a masters student working with the academics.

We are so grateful to the donors who helped this project from the early to the later stages... we have them to thank for its success.

When the male bandicoots arrived, they were placed in specially built enclosures with the Victorian females to allow the team to observe mating habits. Early signs were encouraging with the two populations apparently happy to mate. If the unions did not result in pouch young, the team changed up the mating pairs.

Tiny, who was initially partnered with Mini, has proved himself to be quite the stud, responsible for producing a significant number of the new generation.

Eastern barred bandicoots have one of the shortest gestation periods of any mammal at just over 12 days. The females give birth to one to four offspring that remain in the backwards-facing pouch for about 55 days.

“These mammals do have personalities,” said Professor Hoffmann. “We had one who was large and aggressive, and we had to take care not to have him in the company of other males. With this species, males don’t like other males.”

The second stage of the program involved the release of the mammals into a larger enclosure at Mount Rothwell. This was designed to establish that they could survive in a semi-wild environment while allowing the team to observe that the animals were displaying normal behaviour. Some of the donors were able to participate in this milestone by helping release the mammals.

“We now track them genetically,” said Professor Hoffmann. “We can take a tissue sample and work out the origin. We know what portion of genes have come from the Tasmanian, as well as the Victorian, ones.”

Once the trials have been completed, the bandicoot population will be placed in a new fenced and feral-proof conservation reserve that has been built at Tiverton in western Victoria and in other areas.

“Genetic rescue may seem like a simple procedure, but the impact of genetic rescue on survival can be enormous and gives hope for many other species and conservation efforts globally.”