Established in 1985, the Sydney Alumni Association serves one of the University of Melbourne’s largest alumni communities outside of Melbourne. The group is committed to being an enabler of peer support for the alumni community in Sydney and through their annual program of events, they aim to provide alumni across NSW with opportunities to connect socially and for professional networking and development purposes. The Sydney Alumni Association welcomes involvement by the wider community and can be contacted via the details below.

Get in touch at UMAASydney@gmail.com 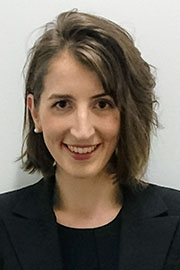 Catherine is a Big 4 trained, chartered accountant specialising in financial planning, reporting and accounting for ASX listed multinationals. Catherine graduated from the University of Melbourne in 2010 with a Bachelor of Commerce. Catherine has been actively involved with the Sydney Alumni community since relocating to Sydney in 2016. Catherine joined the Sydney Alumni Association in 2018 and has previously served on the Executive as Vice President (Strategy & Operations) and Secretary before becoming President in 2021. 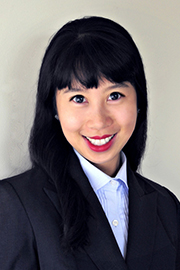 Winnie is a strategy professional with experience across retail, big data and financial services. A Sydneysider since 2016, Winnie has been actively involved with the committee since 2018 after experiencing the value of the alumni network firsthand. Outside of professional life, Winnie has a keen interest in equine sports from horseracing, to polo and showjumps.

Henry is an Investment Associate at Dimensional Fund Advisors, a large global fund manager. He has experience across fixed income, bond trading, equities, and sustainability. He became involved with the Association following his move to Sydney in 2018. Henry graduated from the University of Melbourne with a Bachelor of Commerce (Hons) in 2017. His thesis studied utilities regulation in Australia and he co-authored a paper with Prof Kevin Davis on the failure of Quintis Ltd (ASX: QIN). Before attending the University of Melbourne, Henry attended Potomac State College in the US on a student/athlete scholarship, graduating with an Associate of Arts (Hons).

Aditya Chibber graduated from the University of Melbourne with a Bachelor of Commerce (Hons) in 2008. Aditya has since been actively involved with the University’s Alumni Program having been Vice-Chair of the Facility of Business and Economics Alumni Council from 2014 – 2018 and Chair of the Young Alumni Committee over the same period. Aditya is especially passionate about senior mentoring programs to build strength and connectivity of the Alumni network, and was particularly involved in the development of the FBE Alumni Ball. Aditya has a career in Investment Banking and Capital Markets in global banks and advisory firms; he is also a Chartered Accountant. 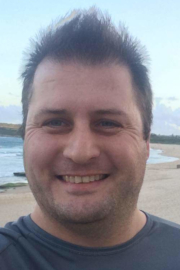 Samuel Kastelan is a public servant currently working as a Customer Service Manager at AusIndustry, based in its Sydney office. Samuel relocated to from Melbourne to Sydney in 2016, soon after completing his postgraduate studies at the University of Melbourne. Samuel undertook a Master of Public Policy and Management with the Melbourne School of Government, which he completed from 2014 - 2016. Prior to his current role, Samuel worked as an electorate officer for a member of the NSW State Parliament. Samuel has also previously been employed in a case management and dispute resolution role with the Telecommunications Industry Ombudsman (based in Melbourne). Samuel’s personal interests include running (parkrun) where he is one of the current Run Directors for the Centennial parkrun, camping/hiking and craft beer. Samuel is also an avid AFL fan, and long-standing club member, supporting the Western Bulldogs.

Back to alumni groups