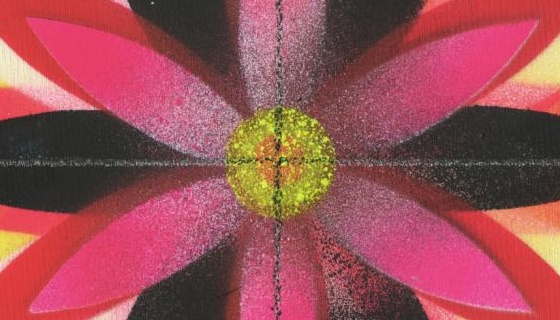 More than 300 contemporary visual artists have contributed original artworks for the Victorian College of the Arts’ upcoming ART150: 9x5 NOW exhibition, which will be staged in June at the Margaret Lawrence Gallery.

Household-name alumni artists such as Bill Henson, Patricia Piccinini, Sally Smart and Rick Amor have donated works for the exhibition, which spans generations of Australia’s most beloved and collectable practitioners. 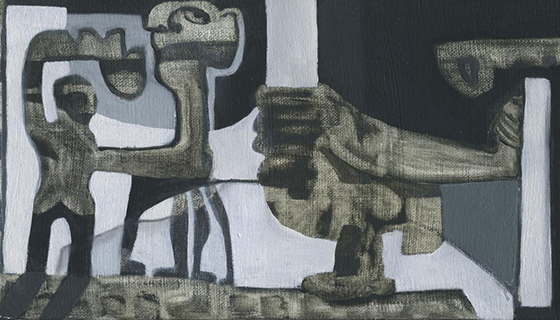 Kirsty Budge, Thanks for having me but I'm probably going to run away without saying goodbye, no offence. Oil on canvas, 2017.

The works will be sold during the exhibition, some at generously reduced prices, to fund a new scholarship for VCA student artists and recent graduates.

The 9x5 title references the original Melbourne exhibition of Impressionist works held at the Buxton Galleries in 1889, which included the work of key Australian Impressionist artists Tom Roberts, Arthur Streeton, Frederick McCubbin and Charles Conder – all graduates of the National Gallery of Victoria Art School. The artworks were painted on cigar box lids and the title of the exhibition is derived from the dimensions of those works (nine inches by five inches).

Elizabeth Gower, curator of 9x5 NOW and one of the show’s contributing artists, described the response from artists as “overwhelmingly enthusiastic”.

"It’s both a privilege and a challenge to curate this significant exhibition of works by more than 300 eminent alumni and staff,” she said.

“The most experienced artist represented attended the National Gallery School in the 1950s, and the youngest completed studies at the VCA just one year ago.”

9x5 NOW is one of the highlights of ART150, a year-long program of events, interviews and expert commentary to celebrate 150 years of art in Melbourne at the VCA and its predecessor institutions – a lineage that began with the establishment of the National Gallery of Victoria Art School in 1867. The exhibition program also includes artist talks, tours and a one-day symposium.