The Women in Physics Award encouraged Rebecca Ryan to pursue a career in software development. 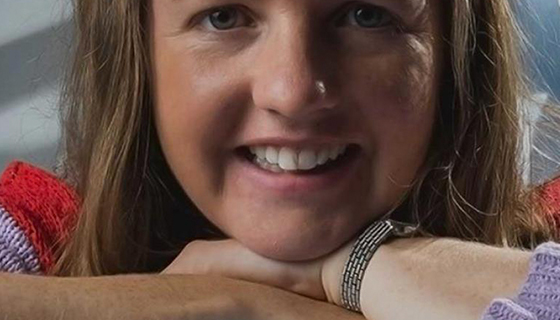 When she was an undergraduate physics student, Rebecca Ryan experienced the familiar struggles and tensions. Pulled in different directions by study and part-time work, she found it hard to perform to her expectations.

Doing honours was a different experience. As she puts it, she was able to “knuckle down” and did “reasonably well” – to the point where seven years ago she received the Women in Physics Award, something she never imagined winning. The award is made annually to a female student enrolled in the first year of a research higher degree in physics — established by alumna Valerie Crohn to encourage female students to pursue higher studies in physics.

“It showed me that, particularly for women who try to go through in STEM fields, there are extra awards and encouragement out there for you because they really want more women to get into the fields,” says Ms Ryan.

Life is often difficult for one of the few females in a field that is predominantly male, Ms Ryan notes, and the award gave her the encouragement to deal with that environment.

Ms Ryan went on to undertake her PhD in the field of optics – coherent refractive imaging. She has travelled extensively overseas for conferences and experiments, and the skills she developed at Melbourne have shaped her career in maths and science publishing, and software start-ups.

"Getting that award, which encouraged me to continue with the PhD and software development, has definitely given me a lot of career prospects," says Ms Ryan.