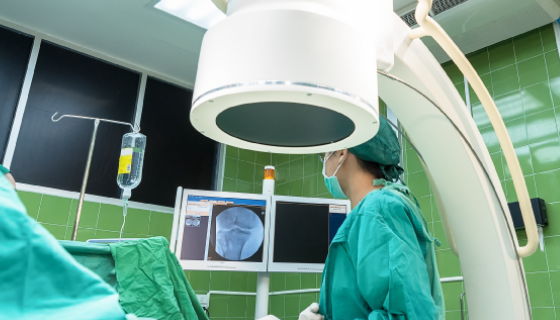 Chair of Anaesthesia at the University of Melbourne, Professor David Story, was awarded ANZCA’s highest honour, the Robert Orton Medal, for his distinguished service to anaesthesia, perioperative and pain medicine.

ANZCA Director of Professional Affairs, Dr Lindy Roberts says Professor Story is a visionary exponent of collaborative care and translating research into improved patient outcomes. “He has given many invited international, national and regional presentations, where he often challenges his audience to think ‘outside the box’,” Dr Roberts says.

Professor Story is thrilled by the recognition awarded to all the recipients. “While I was aware that across our 14 hospitals the University of Melbourne has the strongest collection of anaesthesia researchers in the world, this prize success came as a pleasant surprise,” he says.

“The prizes demonstrate the breadth and depth of University of Melbourne anaesthesia and critical care research. An added pleasure was that the medal was presented by the current College President, Professor David A. Scott, who is a Univeristy of Melbourne honorary and Director of Anaesthesia at St Vincent’s Hospital, where he heads a world leading team in post-operative cognitive decline research.”

When the awards were presented at the recent ANZCA Annual Scientific Meeting in Brisbane, University of Melbourne-linked researchers and alumni were recognised in all categories. These included:

ePoster prize (joint winner)
Associate Professor David Canty (University of Melbourne Royse Research Group, Royal Melbourne Hospital Anaesthesia, Monash Medical Centre) is a specialist cardiothoracic anaesthetist whose ePoster discussed a pilot study on the impact of preoperative cardiac ultrasound on mortality, cardiac morbidity and health care costs after fractured neck or femur surgery. It showed that anaesthetists may improve outcomes in many patients by performing cardiac ultrasound before hip fracture surgery and a larger trial is needed to back this important finding.