The New York Alumni Association was established in 2016 to engage and promote the robust, diverse community of Melbourne University alumni in the northeastern United States. Comprising representatives from a wide cross-section of industries, including finance, technology, real estate, law and architecture, the New York Committee seeks to serve as a resource connecting alumni with the opportunities to enhance their experience in the US both personally and professionally. The Association organises regular events throughout the year, ranging from intimate talks with industry leaders to art gallery receptions and casual after-work drinks. To stay updated on what’s coming up, follow the NYC Alumni Facebook group, LinkedIn group, or get in touch via nyc@alumni.unimelb.edu.au

See events soon to be hosted by the New York Alumni Association.

Sophie is the Director of Retail, Finance and Operations at AUrate New York, a digitally native fine jewellery brand with four boutiques in New York, Boston, and Washington, DC. Sophie oversees AUrate’s existing retail network and is also responsible for leading AUrate’s expansion into in new markets across the US. Upon graduating from the University of Melbourne in 2009 with a double degree in Commerce & Arts (Media & Communications), Sophie moved to New York to join J.P. Morgan; first as an Analyst in the Corporate Banking division, and then as a Private Banker at J.P. Morgan Asset Management. Seeking a new challenge after seven years in banking, Sophie transitioned to the start-up world at AUrate, and is currently studying Jewellery Design & Marketing at The Pratt Institute in New York. 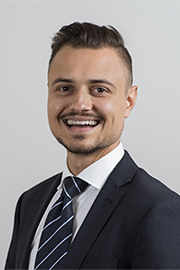 Tom graduated with a Bachelor of Commerce from Melbourne University in 2009. Tom began his career at ANZ, working in roles in both Melbourne and Perth. In 2015 he moved to New York where he currently works in ANZ’s Resources, Energy & Infrastructure team. Outside of the office, he enjoys photography, hiking and travel. 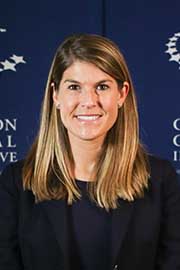 Alyssa is the Deputy Director of External Affairs at the Clinton Foundation where she leads academic partnerships, enrollment, engagement, marketing and communications, and the design and implementation of CGI University’s curated year-round program. In 2015, she joined the Clinton Foundation as a postdoctoral fellow through The Andrew W. Mellon Foundation and the American Council of Learned Societies. Prior to the this, she served as an Outreach and Selection Officer for Schwarzman Scholars at Tsinghua University in Beijing, China and at the U.S. Department of State, as Regional Director of Education USA in Melbourne, Australia.

Alyssa completed her Doctorate at the University of Melbourne, where she also worked as an International Student Advisor, Graduate Teaching Assistant, and Tutor in Residence at Newman College. She also holds a BA in History with a concentration in Indigenous Studies from the College of the Holy Cross in Worcester, Massachusetts. 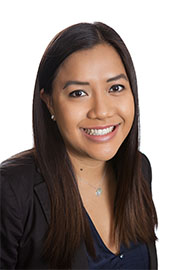 Shannon graduated with a Bachelor of Commerce from the University of Melbourne in 2013, majoring in Finance and Accounting. Shannon began her career at Deloitte in Melbourne, where she gained experience in the Assurance & Advisory and Mergers & Acquisition teams. Seeking a new and exciting adventure, Shannon moved to New York City in 2017. She is currently a Manager at Connor Group, where she partners with finance executives at startups and high growth companies to assist with financial accounting issues and IPO readiness. Outside of work, she is passionate about travel and volunteer work. 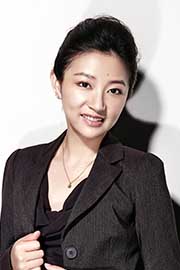 Grace graduated from Melbourne University with Bachelor of Commerce in 2004 and Master of International Tax in 2010. She previously worked at Deloitte Touché Tohmatsu in its Shanghai and Beijing offices for seven years. Grace moved to New York in 2014 to pursue an MBA at Columbia Business School and graduated in 2016. She is currently International Tax Manager at BDO USA, LLP. Grace joined New York Alumni Committee in June 2019.