Alum Madeline Miller shares advice and insights from her legal career, which spans three continents. She has a great deal of experience in practicing law in the entertainment industries in Australia and the US and most recently as production attorney on the upcoming James Bond film out of the UK. 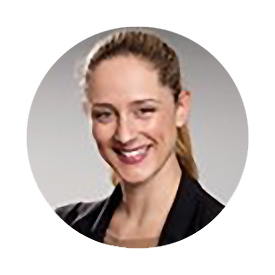 After completing an Honours degree in Criminology at Melbourne and working overseas for several years in a variety of jobs, including a short period in film production and as tour manager throughout Europe, Madeline completed a JD at Melbourne University and did a traineeship in media law at Tresscox Lawyers in Melbourne. She worked as a solicitor, production attorney and legal counsel for companies including Network Ten, Victorian Government Solicitor's Office and Screen Australia after a side foray in Cambodia interning at the United Nations War Crimes Tribunal and teaching contract law and international humanitarian law at the Royal University of Law and Economics in Phnom Penh. Four years ago, Madeline undertook a Masters of Entertainment Law at UCLA in Los Angeles and has since worked in a range of legal and business affairs roles in the entertainment industry in LA, working across film and tv development, production and distribution with the likes of CBS TV and Global Road Entertainment. Since 2018 she has been Senior Business Affairs Executive at Eon Productions, the makers of the James Bond franchise and she spent nine months in London acting as production attorney for the upcoming Bond film, No Time To Die. She is now back in Los Angeles managing the brand partnerships and promotional deals for the franchise.