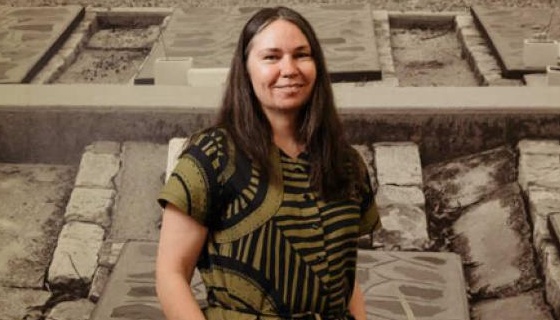 RAKA, which means ‘five’ in the Pintupi language, is awarded to an Indigenous artist in one of five categories annually, including creative prose, poetry, script writing, drama and visual arts.

The prize, first awarded in 1991 to help advance recognition of Aboriginal artistic achievements, was one of the earliest prizes for Indigenous artists in Australia and is administered by the Australian Centre within the Faculty of Arts at the University of Melbourne.

Professor Ian McLean, Hugh Ramsay Chair in Australian Art History at the University of Melbourne, said the judging panel (of which he is a member) was impressed by Ms Scarce’s wide-ranging exploration of media.

“Yhonnie Scarce has made an impressive start as an artist in the difficult and crowded contemporary art world,” he said.

“Evocative of the tragic histories that have shaped the contemporary world, her art opens a moving space in which we, the living, can reflect on our inherited debts.”

Each RAKA recipient receives $20,000 to help encourage Indigenous artists and advance recognition of Aboriginal achievements in the arts.

Born in Woomera, South Australia, and belonging to the Kokatha and Nukunu peoples, Melbourne-based artist Yhonnie Scarce said she was deeply honoured to receive the prize.

“I would like to thank the donor Bernard Smith for his generosity and the judges for choosing my work as the winner for 2018,” she said.

“The financial support from this award will enable me to continue my field work nationally and internationally, encouraging the development of new work, particularly related to the colonisation of Australia and the ongoing issues that continue to affect Aboriginal people today.”

The RAKA, or Ruth Adeney Koori Award, is an award for Indigenous creative artists established by the eminent art and cultural historian Professor Emeritus Bernard Smith. It is named to honour the memory of his late wife, Kate Challis, who was known in her youth as Ruth Adeney.

The 2019 award will recognise scriptwriting in film or television. Applications will open in May 2019 and more information will be available via the award website. Information on past winners can also be found via the Australia Centre website.