The University of Melbourne has joined some of Melbourne’s most iconic organisations to support the development of a new $200 million wind farm to be built near Ararat in regional Victoria. 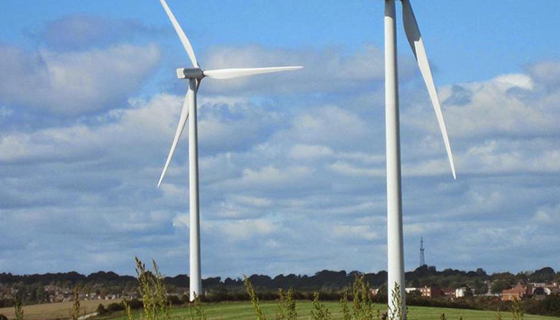 The Melbourne Renewable Energy Project has united 14 leading universities, cultural institutions, corporations and Councils that have tendered to source electricity from a new renewable energy project.

The wind farm will be operated by Melbourne-based company Pacific Hydro and the power will be supplied by its retail arm, Tango Energy. The 39 wind turbine towers will be sourced from E&A, which is a steel fabrication company based at Whyalla in South Australia.

University of Melbourne Chief Financial Officer Allan Tait said:“We’re proud to be involved in the Melbourne Renewable Energy Project. We take seriously our responsibility as a public-spirited and global university to lead debate and take action on sustainability issues.

“The Project will be a key contributor to achieving the University’s goals of zero net emissions from electricity by 2021 and carbon neutrality before 2030, as set out in our Sustainability Plan 2017-2020. It demonstrates that these targets can be achieved in a financially viable manner,” said Mr Tait.

“We congratulate the City of Melbourne for creating this opportunity.”

City of Melbourne Deputy Lord Mayor Arron Wood said: “This project is an Australian first. It shows that large organisations can combine their purchasing power to support the development of new renewable energy plants in regional Australia.

“Our group will purchase 88 GWh of energy, which is the equivalent to powering more than 17,000 households in Melbourne for a year,” the Deputy Lord Mayor said.

“This will abate 96,800 tonnes of greenhouse gas emissions from entering the atmosphere each year. That’s as much as taking more than 22,000 cars off the road.”

The project has received all relevant planning approvals. Contracts are being finalised and are subject to financial close.

Currently only 17 per cent of Victoria’s electricity is derived from renewable energy. The wind farm at the agricultural community of Crowlands, 205kms from Melbourne, was first proposed in 2007 and is now being made possible thanks to the unique partnership.