The University of Melbourne has formally proposed that a new rail station to be built on Grattan Street should be named ‘University’. 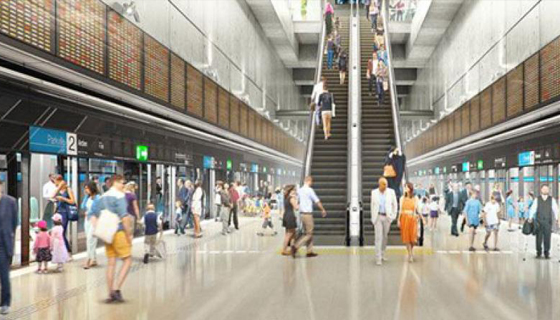 The station – which will be located east of Royal Parade – is one of five to be built between 2018 and 2023 as part of the Melbourne Metro Rail Project. It will have pedestrian entrances on University grounds and provide easy access to the University and many partner institutes.

Last month the Vice-Chancellor, Professor Glyn Davis, wrote to the Premier of Victoria, Minister for Transport and other key public agencies suggesting the station be named ‘University’. It is the University’s belief that this station name reflects the spirit and history of the knowledge precinct and community surrounding the new station.

The University proposes that the station – which will operate from 2026 – will further transform the Parkville area, providing the campus with cultural vibrancy, business growth and greater visitor volume. The submission to the Victorian Government proposes that the name University would be an inspiring choice, given the University has a more than 160-year association with the site of the new Grattan Street station - an association that even pre-dates the suburb of Parkville by eight years.

The Environmental Effects Statement consultation is currently underway and the University is engaging closely with the Melbourne Metro Rail Project.

Have your say – do you support the University station name?
The University is sharing our naming proposal widely with the community and stakeholders. The Policy and Government Relations team welcome Melbourne Alumni e-News reader feedback and support here: university-station@unimelb.edu.au

More info about the Melbourne Metro Rail Project and the new station at Parkville is available at: http://melbournemetro.vic.gov.au/