Thrill of a big idea

Creative thinkers with exciting ideas are getting a boost from new entrepreneurship programs. 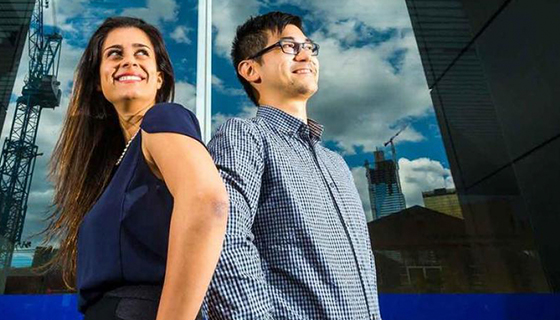 It begins with an idea, and in Bindi Raja’s case, a very big idea.

Bindi Raja’s vision is to create a self-sustaining social enterprise that acts as a pathway for under-privileged young women and girls in India to take control of their lives through education and work. By facilitating education and training, her nascent enterprise would enable girls and young women to work their way out of poverty and create new lives for themselves.

Ms Raja was born in the UK and came to Australia as a six-year-old, but has visited India many times to see relatives and attend family milestones such as weddings. That has enabled her to build a network including the Global Vaddo Charitable Trust (GVC), which provides education for underprivileged children in Goa, and with schools with international affiliations.

When she describes the work of the trust, Ms Raja’s passion is palpable. "I was in India a year-and-a-half ago and at that time it brought home the huge prevalence of poverty.

"That wasn’t news, but I felt a sense of hurt and of passion to do something. GVC has been able to take children out of that cycle and begin to educate them. I found that so inspiring, and it motivated me to further my passion and cause."

Ms Raja works as a sonographer and sees the medical field as a powerful pathway for Indian women to find employment and to contribute to their own communities. She is supported by the Naomi Milgrom Scholarship while undertaking the Master of Entrepreneurship through the Wade Institute at Ormond College.

"I want to affiliate with various organisations in India to provide women with the same educational services as Australia.

I strongly believe that the medical industry has the capacity to provide an array of opportunities to enable women in India to empower themselves.

"It’s about creating a career path for girls and women regardless of their place in their society and their financial or educational background.

"I believe the Masters will provide a level of knowledge and support for my enterprise and will further my focus on structure and business to ensure the greatest chance of success. The scholarship has given me the opportunity, but also the belief that I can make it happen and I am eager to start this incredible journey."

The spark that led Phil Goebel to the Melbourne Accelerator Program (MAP) came as he was trying to advise a young woman, who had suffered a partial spinal cord injury in a horse-riding accident, how to prepare to live the rest of her life. His insight led to the development of a walking frame that can prevent catastrophic falls among the elderly.

"She was at the point where she needed to make decisions about what kind of impact this is going to have on her career: Do I need to buy a $20,000 powered wheelchair? What sort of home modifications will I need?" he recalls. "It was hard to advise her. That’s when I realised having the ability to record gait would be really useful to answer these questions."

He decided it was necessary to gather information about gait passively and regularly. The result, reached with the support of MAP, is a 'smart' walking frame equipped with sensors to note walking patterns in real time.

Mr Goebel says that once widely deployed, the walking frame could create a database that would enable clinicians to understand how fully an individual, such as the young woman who inspired his idea, might recover over time.

The more immediate application, however, is to reveal changes in gait that are likely to precede a fall among people in aged care. "Falls are a lagging indicator that something is going wrong that can result in a hip fracture," he says. The walking frame, which employs technology from the robotics industry, is a leading indicator enabling clinical interventions before an injury occurs.

Its advantage is that it gathers information continuously while the frame is used, with no need for its user to change their behaviour. A prototype, called the Footprints walking frame, has already been field tested by Mr Goebel’s start-up Quanticare.

"Start-ups are by nature pretty tenacious," says Mr Goebel. "I think the effect of MAP has been to accelerate the process and save me from a lot of mistakes that would have slowed things down."

MAP offers a range of workshops, programs and events for entrepreneurs at all stages of development, through a scheme of fellowships including office space, mentoring and $20,000 funding.

The Program has received philanthropic support from many donors interested in supporting entrepreneurship and innovation.

The Wade Institute at Ormond College, home to the new Master of Entrepreneurship, was established through the generosity of entrepreneur Peter Wade.

The Wade Institute and the Melbourne Accelerator Program have received philanthropic support from many donors interested in supporting entrepreneurship and innovation.