The mysteries of the brain

The Ronald Philip Griffiths Bequest is funding major mental health research thanks to the foresight of its benefactor, whose bequest passed to the University in 1996 following the death of his daughter. 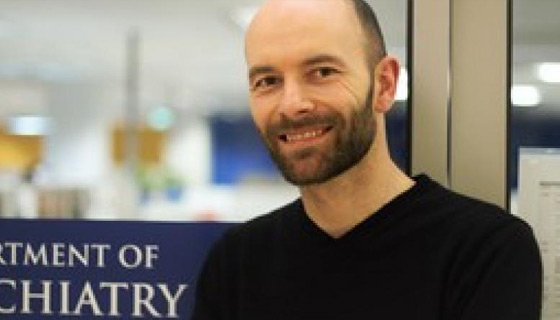 Nearly twenty years later, the Ronald Philip Griffiths Fellowship funds crucial research into schizophrenia and other psychotic disorders. Dr Chad Bousman from the Department of Psychiatry in the Faculty of Medicine, Dentistry and Health Sciences recently made headlines with his finding that genes can dictate how a person responds in later life to adverse childhood experiences.

Dr Bousman conducted a study that recruited people who had suffered sexual or physical abuse in childhood, because such traumas are among the most severe psychological events a person can suffer.

"Child abuse occurs during a phase we call neurodevelopment, which is the time in a person's development when the brain is making a lot of new connections. Such a terrible thing as abuse can disrupt this stage," he said.

"But despite this, we know that not everyone who has been a victim of child abuse has depression in adulthood, so there has to be a reason why some people have a terrible childhood but are relatively unaffected by it."

The answer was that a certain type of gene “the SERT gene“ is present in one of three forms: long-long, short-long or short-short. The study showed that one in four respondents with the short-short SERT gene were more likely to report ongoing severe depressive symptoms in middle age if they had suffered childhood sexual or physical abuse.

The SERT gene discovery could potentially arm medical practitioners with vital information regarding a persona's susceptibility to depression, particularly if they have a history of suffering child abuse. There is a possibility it may also help identify those patients who need extra assistance to recover from depression.

Dr Bousman said he could not have made this breakthrough discovery without the Ronald Philip Griffiths Fellowship.

"The fellowship provided me with the necessary salary support to continue my pursuit for genetic and environmental factors underlying schizophrenia and depression," he said.

He believes his research could offer hope to people who experience ongoing clinical depression.