The art of maths

The hidden beauty of complex formulas is brought to life in a new exhibition at the University of Melbourne. 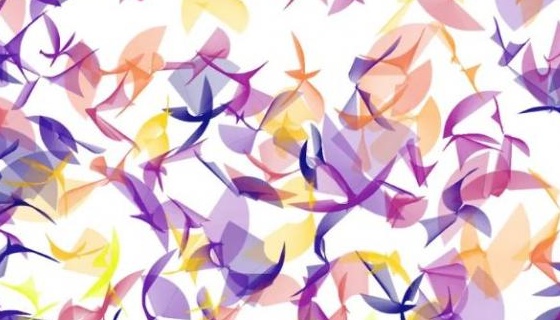 Birds: Asemic writing (wordless writing or writing without semantic content) derived from a randomly-generated alphabet of glyphs, with interpolation used to create a noisy effect.

Not everyone who looks at a mathematical equation or algorithm can see it as a thing of beauty.

University of Melbourne research fellow Dr Marcus Volz (PhD 2008) not only sees this quality but also brings it to life on canvas.

Each piece features many thousands or millions of data points that can take hours or even days to process. 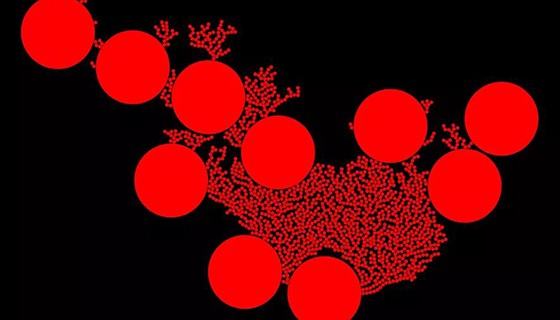 Gencircles: The result of a simple generative growth algorithm by which new circles attach themselves to the existing population of circles one at a time, without colliding with any of the existing circles.

“I have been in a highly mathematical profession my whole life and I have just felt like I have not had any artistic outlet,” says Dr Volz, who has a PhD in engineering/applied mathematics and is studying geometric networks, optimisation and computational geometry. 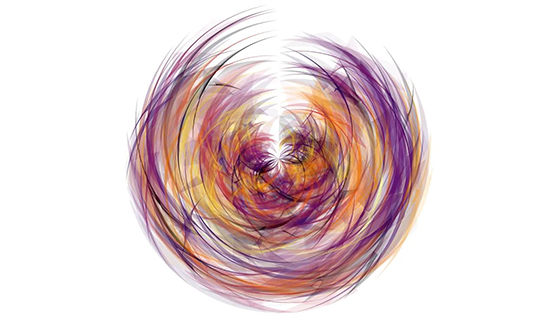 Swirl: An abstract plot derived from the same alphabet of randomly-generated glyphs, rotated around the z-axis to produce a swirl effect.

“My art is based on underlying mathematics but I am producing them for art’s sake,” he says. “I have a concept in mind and that might have been inspired by an algorithm or a mathematical idea or structure and I write a computer code to follow that thread.”

Visualisation of Mathematical, Algorithmic and Data-Derived Patterns and Structures is on at the George Paton Gallery until 13 April.