Families of children with severe epilepsies may be able to avoid having a second child born with the devastating disease, according to a research breakthrough published in The New England Journal of Medicine. 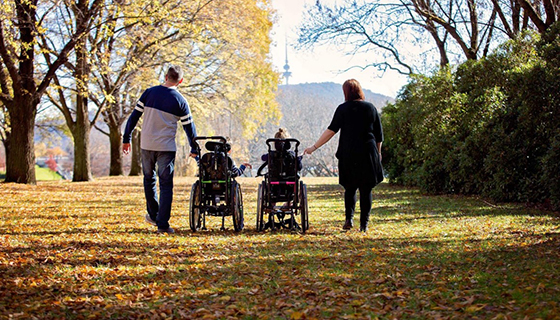 Developmental and epileptic encephalopathies are severe disorders that begin in infancy or childhood and lead to uncontrolled epilepsy and intellectual disability.

These conditions are often caused by a genetic abnormality and, until now, were thought to be new in the affected child – not carried by either parent.

However in a collaborative study of 123 families with a child with a severe epilepsy, it was discovered that in 8 per cent of the families either the mother or the father also carried the genetic abnormality at very low levels, even though they did not have the disease.

Geneticists currently advise that the risk of recurrence of these disorders is low at approximately 1 per cent, but this study shows that if either parent carries the abnormality, the risk could be much higher.

Professor Scheffer said the findings were important and would lead to a change in clinical practice worldwide.

“Having one child who is severely disabled is hard enough but having two is devastating for a family,” she said.

“These results provide support for targeted, high-coverage testing of parents who have a child with a diagnosis of a developmental and epileptic encephalopathy. This testing will be helpful in counselling parents regarding the risk of recurrence.’’

Professor Scheffer was inspired to do this study after seeing a family with two profoundly affected children. Her team studied 123 families for the child’s mutation. They looked at 200 cells in both the mother and in the father for their child’s mutation. They found that a parent carried the mutation in 10 of 123 families. For these parents, there is an increased risk of having a second child with the

Developmental and epileptic encephalopathies affect at least 1 in 1,500 children in Victoria each year. Those with the condition have a 15 per cent risk of dying before the age of 20 years.