Rare disease no barrier to success

A career in the law has been launched thanks to support for Indigenous students. 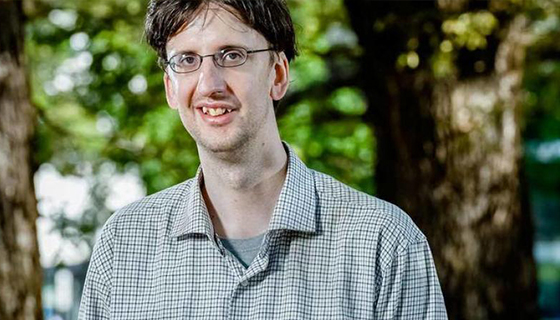 On a bad day, Matt Ferrari, newly graduated from Melbourne Law School, will think of himself as inhabiting the body of a 70-year-old.

"It’s really interesting being in the body of somebody who is like a retiree when I am just trying to enter the workforce," Mr Ferrari, 30, says as he prepares for an interview with a prominent city firm.

Mr Ferrari has the rare genetic condition Marfan syndrome, which affects the body’s connective tissue and occurs in one in 5000 people. It is the condition that has long been thought to have troubled US president Abraham Lincoln.

"I have a very low tolerance for physical activity," Mr Ferrari says. "I can’t stand for long periods. I can’t do anything where I have to stand up at all. My joints are constantly dislocating. I have arthritis."

His physical constraints meant it was difficult for him to find work to support himself during his studies: for example sales jobs, which he enjoys, demand too much time on foot.

Mr Ferrari was one of the inaugural recipients of a Harold Mackrell Indigenous Student Scholarship, which enabled him to continue studying without disruption.

Mr Ferrari credits the scholarship with helping him to achieve his best possible academic results. He is now preparing for a legal career with a particular interest in social issues and family law.

"As a society we are really starting to look seriously at family violence for the first time. It’s heartening to see things begin to change now, but it’s something that can only be addressed on the front line. I hope as a family lawyer to fight on behalf of disadvantaged women."

The Harold Mackrell Indigenous Student Scholarship was established through the bequest of Harold Mackrell, a long-time campaigner for social justice.