Australian researchers will focus on the plight, rights and status of stateless people at the Peter McMullin Centre on Statelessness, launched at the Melbourne Law School on 26 March 2018. 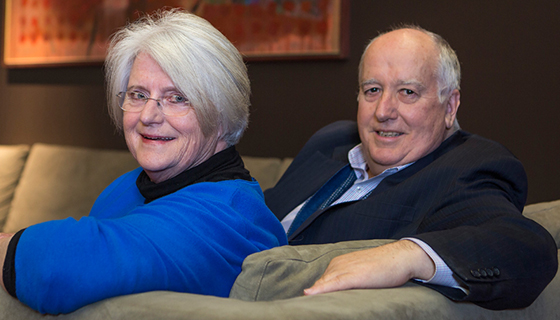 Professor Michelle Foster will lead the centre, which is being established thanks to the generosity of Melbourne Law School alum Peter McMullin and his wife Ruth, in their largest philanthropic donation to date.

Professor Foster and her team will work to help address gaps in what is known about statelessness, both in Australia and globally, with a research focus on its causes and its consequences.

Professor Foster said it is conservatively estimated that 10 million people are stateless worldwide.

She said while much attention is focused on Australia’s system of mandatory detention for asylum seekers, stateless people are routinely forgotten.

“Australia records zero stateless persons in its annual reporting to the UNHCR – the UN Refugee Agency – but we know of at least one case known publicly, Said Imasi, and there are dozens more, according to federal Budget estimates,” she said.

“Statelessness as a phenomenon remains relatively misunderstood, under-studied and under-theorised.

The centre is the world’s only academic research centre dedicated to the problem of statelessness.

Mr McMullin, who practised immigration law and has long been concerned about stateless people and refugees, said it is an issue of growing concern, with a child born into statelessness every 10 minutes.

“I’m one of the many people in Australia disappointed about Australia’s stance on these issues,” he said.

“I felt ‘well, you can whinge about it or do something about it’ and so this is what I’ve done.”

To hear more about the donation from the McMullins, watch Melbourne to lead statelessness fight