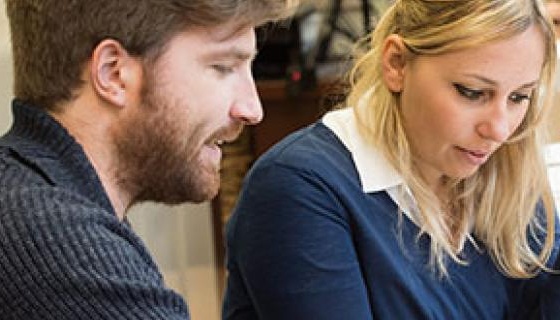 Published in Cancer Causes & Control, the Cancer Council Victoria and University of Melbourne-led population-based study found men had a survival disadvantage relative to women for 11 of the 25 cancer types investigated.

Women had lower survival than men for bladder cancer and cancers of renal, pelvis or ureter. The sex differences were generally greatest for people diagnosed at younger ages. For 12 cancer types, there were no differences in net survival.

The study involved Cancer Council Victoria, the University of Melbourne’s School of Population and Global Health Centre for Epidemiology and Biostatistics, Austin Health and the Victorian Department of Health and Human Services.

Previous research has acknowledged sex as an important factor in the prognosis of some cancers at all ages, but few large-scale studies have investigated sex differences in cancer survival.

The five-year net survival for the 25 cancer types combined was lower for men than women, and the excess rate of death due to cancer was 13 per cent higher for men compared with women.

“In contrast, women had poorer prognosis than men for cancers of the bladder, renal pelvis and ureter. Sex differences in cancer survival have decreased since 1982 for colorectal and pancreatic cancer to the point where they are no longer apparent. In contrast, for lung cancer, the male survival disadvantage is worse today than previously.”

The study concluded that men had worse survival than women for many cancers, particularly at middle age. The reasons were unexplained although there were some theories, such as differences in screening uptake, stage at diagnosis, co-morbidity prevalence, treatment modalities and health-related lifestyle behaviours.

Lead researcher Nina Afshar said more work needs to be done to identify reasons for the disparities, so that governments could work to improve male and female survival rates for all cancers.

"Identifying and understanding the complex mechanisms behind sex differences in cancer survival will help to establish effective interventions to reduce inequalities and improve cancer outcomes for both men and women."