The University of Melbourne has welcomed a major philanthropic gift of $6.9 million to support the practice and teaching of art conservation. 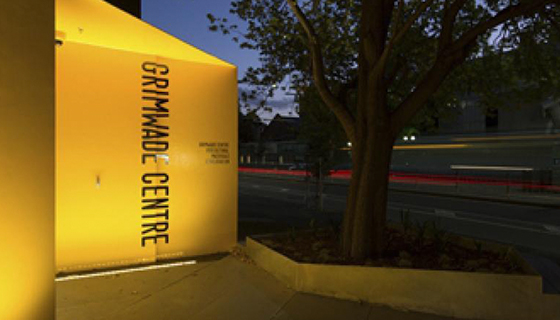 The gift is believed to be the world’s largest-ever in support of this field, and was pledged by the Cripps Foundation to the University of Melbourne’s Believe Campaign in 2014 to support research, learning and teaching in the increasingly hi-tech field of art and cultural materials conservation.

The Cripps Foundation is a charitable organisation which supports projects in education, health and the Anglican Church. Their donation was invested with additional funding from the University to provide a new Chair of Cultural Materials Conservation and create a new, state-of-the-art teaching and research facility that has become the leading centre in Australia for the conservation and preservation of important works of art, including culturally important pieces of Indigenous art.

The new facility, known as the Grimwade Centre for Art Conservation, has become the home for the University’s Centre for Cultural Materials Conservation (CCMC) and, alongside undertaking vital restoration of treasured works of art, is being used to train future generations of specialist art conservators.

The Centre was founded in 1989 with support from the Ian Potter Foundation and the Sir Russell and Lady Mab Grimwade Miegunyah Fund. Until recently, it was housed within the Ian Potter Museum of Art, however demand for its services and increased numbers of students undertaking the Masters in Cultural Materials Conservation meant it had outgrown its facilities, and needed a new home.

Vice-Chancellor Professor Glyn Davis said the University is indebted to the Foundation for its generous gift, and personally thanked Cripps Foundation Director Amy Tennent, who is also the daughter of the Foundation’s Director of Philanthropy, Robert Cripps.

“Art conservation as an academic discipline is a field that brings together deep understandings of the theory, history and practice of art with chemistry and physics, and which relies on properly equipped laboratories. This gift allows us to ensure that the Grimwade Centre for Art Conservation has facilities equal to those anywhere in the world and enables practice leadership into the future,” he said.

Director of the Centre for Cultural Materials Conservation, Professor Robyn Sloggett, said graduates of the Masters level programs were highly sought in public institutions and as private practitioners, and that the Melbourne Centre had developed particular expertise in the conservation of western art materials in tropical and subtropical environments.

“It is also well-known for its work on art authentication, and its partnerships with Indigenous communities,” she said.