Three of Melbourne’s biggest institutions are partnering to create an ‘urban innovation district’ which is set to drive investment in the knowledge economy and shape the city’s future. 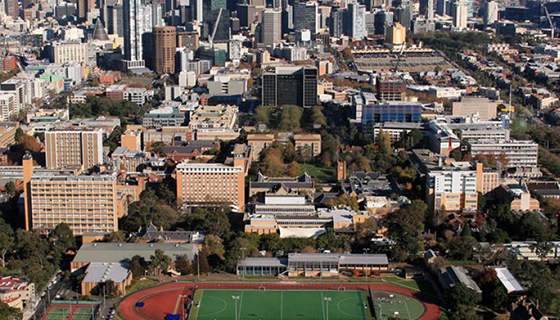 Home to 21 per cent (60,260) of all knowledge sector jobs in Melbourne, the urban innovation district features the central campuses of RMIT and the University of Melbourne, State Library Victoria, Queen Victoria Market, Royal Exhibition Building, Trades Hall and the Melbourne Museum. The three institutions will work together to attract more small businesses, startups and social enterprises to the area. Through community events and improved public spaces, MID will provide more opportunities for Melbourne’s knowledge workers, researchers, students, business and community organisations to connect and collaborate, creating innovative ideas essential for the city to continue to thrive and prosper.

Planning considerations for the area will help innovation flourish and will include upgrades to streets, parks and other public spaces, while at the same time protecting the district’s suburban character. This will increase collaborative and engaging green spaces, encourage walking and cycling and incorporate greater use of sensors, apps and other networking technologies, such as Wi-Fi.

Lord Mayor Robert Doyle AC said universities were vital to the economic life of any city and the creation of the district reflected what’s happening around the world where cities including Chicago, Barcelona, Boston, and Shanghai have established innovation districts.

“The City of Melbourne is home to 227,000 students, 35,000 of whom are international students, with the majority based north of the CBD,” the Lord Mayor said.

“The creation of an innovation district will help Melbourne cement its position as one of the great university cities of the world focused on the future.

“By 2051 it is predicted Melbourne’s population will reach eight million and the ideas formed in this district will help us continue to make our city a great place to live.”

“The University of Melbourne seeks a more central role in advancing knowledge, in creating the country’s new industries, in lifting the competitiveness of existing industries and in boosting productivity, jobs and national wealth,” Professor Davis said.

“Precincts and hubs that bring together government and researchers, established industry and start-up companies to address global problems will become important for research and contribute to prosperity in our city and our nation.”

“Melbourne is a great education city. New jobs and services are being created where diverse communities come together with technology innovation and world-leading expertise. This partnership will focus and amplify what we are doing together to help design and shape the future,” Mr Bean said.

“We want to inspire students, staff, alumni, companies, investors, community partners and governments to get involved in creating new knowledge and city experiences.”

The launch of MID comes as the CBD north area is seeing an unprecedented level of investment including: