Five University of Melbourne researchers have become new Fellows of the Australian Academy of Science, one of the country's highest honours recognising pioneering contributions to scientific knowledge. 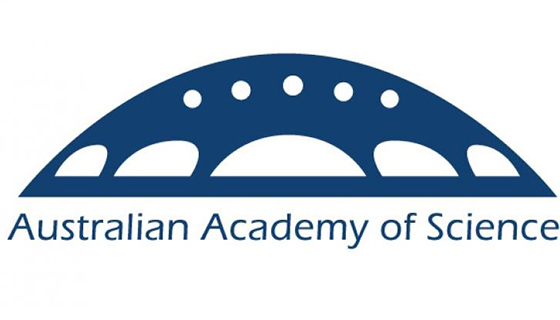 Professors Rachel Webster, Lloyd Hollenberg, Anne Kelso, David Bowtell and Joseph Trapani have been elected to the Academy by their peers, for their outstanding contributions to their respective fields.

Professor Jim McCluskey, University of Melbourne Deputy Vice-Chancellor (Research), congratulated the new Fellows and said the award represented their dedication and the international significance of their work.

“Our new Fellows highlight the diversity and strength of research at the University of Melbourne and our affiliated research institutions,” he said.

“These honours span research that has led to the detection of gravitational waves, preparing for global pandemics, understanding and treating cancers, as well as advances in quantum computing."

Professor Webster is an astrophysicist and international leader in the field of gravitational lensing, and she discovered the first quasar microlensing event. Using lensing to resolve the inner regions of quasars near black holes, she has provided international leadership in the development of new techniques. She was instrumental in Australia’s experiments to detect the first stars in the Universe and building a new low frequency radio telescope as a precursor to the Square Kilometre Array (SKA).

“I am deeply honoured to have been elected to the Academy of Science,” she said.

“Scientific achievements are built on strong collaborations and I wish to acknowledge my colleagues over the years. I hope to continue conveying my passion and love for science to a broad community for years to come.”

Professor Hollenberg has been recognised for his significant developments in quantum information science. He created the physical-quantum information basis for a full-scale silicon quantum computer. He has also achieved major theoretical and experimental advances in the use of nitrogen-vacancy centres in diamonds as quantum sensors in physical and biological applications.

“Election to the Academy is a great honour and I look forward to interacting with Fellows from many areas of science,” he said.

“It is a particularly exciting time as my chosen fields of research in quantum sensing and quantum computing are seeing excellent developments through collaboration with other disciplines, such as medicine and engineering.”

Professor Kelso leads the National Health and Medical Research Council and holds an honorary professorial position at the University of Melbourne. She has been recognised for substantially strengthening Australia’s position in global influenza virus surveillance and pandemic preparedness.

“I am surprised and delighted by this honour and thank the many people who have supported me over the years. I am especially grateful for the support of the Australian health and medical research sector in the work we are doing to reform NHMRC’s grant program,” she said.

Professor David Bowtell is an internationally recognised expert in ovarian cancer research and a pioneer in genomics and personalised medicine. He is Head of the Cancer Genomics and Genetics Program at the Peter MacCallum Cancer Centre, holds a Joint appointment as a Group Leader at the Garvan Institute of Medical Research, Sydney and an honorary professorial position at the University of Melbourne.

Professor Bowtell has made seminal discoveries relating to ovarian cancer classification, primary and acquired chemotherapy resistance, and factors influencing patient survival. His work on BRCA1/2 germline mutation-prevalence resulted in the comprehensive revision of genetic testing guidelines for ovarian cancer in Australia and internationally.

Professor Joseph Trapani is an immunologist at the Peter MacCallum Cancer Centre and, until recently, was Executive Director of the Research Division.  He holds an honorary professorial position at the University of Melbourne. Professor Trapani’s research focuses on how cells of the immune system kill harmful cells - those infected with a virus or undergoing cancerous transformation, leading the discovery of several diverse toxins that mediate cell death. Professor Trapani also elucidated how defects in cell death pathways impinge on human health and disease, and how immune ‘killer cells’ can be harnessed as therapies for cancer, viral and auto-immune diseases.

The 21 new Fellows were formally inducted into the Academy at the Shine Dome in Canberra.

Professor Andrew Holmes, President of the Australian Academy of Science, said these scientists were elected by their Academy peers following a rigorous evaluation process.

“From 23 Founding Fellows in 1954, the election this year of our new Fellows brings our total number of living Fellows to 568,” he said.