A major gift to Believe - the Campaign for the University of Melbourne has established a Chair in Australian art history. 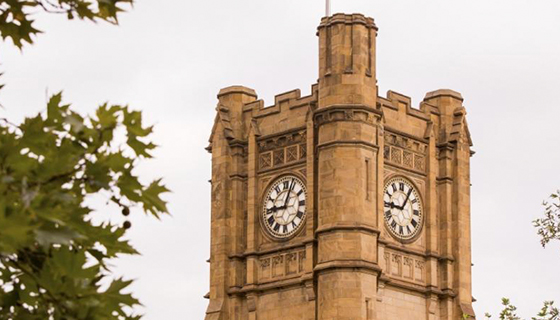 Patricia Fullerton, the great-niece of artist Hugh Ramsay, grew up with his paintings, and from an early age she learned the tragic story of his life.

Aged six, she inherited his watercolour paint box and soon after made her first rescue of one of his major works.

“Walking the family dog in the hills of Upper Beaconsfield, I found it playing with what I thought was a rag,” she recalls. “When I presented it to the breakfast table, my mother exclaimed, ‘Oh that’s a portrait of Dame Nellie Melba by Hugh Ramsay!’”

Today the portrait hangs in the National Portrait Gallery.

Serendipity seems to have played a large part in Patricia Fullerton’s research. There are other stories about her rescuing pictures from broom cupboards and bushfires.

Hugh Ramsay (1877-1906) achieved much in his short life. In the 1890s he was acclaimed as the most brilliant student at the Melbourne Gallery School. Later in Paris, he had four works accepted for the New Salon – an exceptional honour for a 24-year-old Australian. Salon success led to commissions, including the portrait of Nellie Melba in London. Tragically, as he was starting her portrait, he was diagnosed with tuberculosis. He left her portrait unfinished and returned to Melbourne.

Melba continued to champion Ramsay and commissioned him to paint portraits of her father and niece. She also staged the only retrospective exhibition of his works in his lifetime, at her Toorak house, Myoora, in 1902.

Hugh Ramsay is now being commemorated by the creation of the Hugh Ramsay Chair in Australian Art History in the University of Melbourne’s Faculty of Arts.

Patricia Fullerton and other members of the Ramsay family have already done much to preserve Hugh Ramsay’s legacy, notably in gifting his works to institutions around Australia. In 1988, Fullerton published the biography Hugh Ramsay: His Life and Work. Four years later, she curated the first retrospective exhibition of his works at the National Gallery of Victoria (the only exhibition of Ramsay’s works since 1943), which catapulted Hugh Ramsay back into the public consciousness.

“Hugh is the tragic hero of the family – we’ve always tried to honour him and ensure his talent and accomplishments are fully recognised,” she says.

“On a personal note, you could say I’ve dedicated much of my life to reclaiming his reputation!”

Now that commitment has been expanded, with a wider focus on Australian art history. Fullerton believes studying the arts, whether music, literature or painting, can broaden our understanding of our culture and national identity.

She retains a strong emotional attachment to the Faculty of Arts. Her early mentor was Professor Sir Joseph Burke – the inaugural Herald Chair in Fine Arts, a position founded largely by the philanthropy of newspaper proprietor Sir Keith Murdoch.

“As a young impressionable Fine Arts student in the early 1960s, I recall him as extremely charismatic – a tall, silver-haired gentleman with a penchant for pin-striped double-breasted suits, and the inevitable cigarette, both in class and elsewhere!”

Fullerton talks of the significance of the relationship between Professor Burke and the Director of the National Gallery of Victoria, Sir Daryl Lindsay, who introduced Burke to Hugh Ramsay’s works.

“Through Daryl Lindsay, Joe met up with various members of the Ramsay family,” she says.

Over the years several members of the Ramsay family had collected Hugh’s works, nurturing his legacy and trying to honour him, keen to ensure his name was fully recognised.

Professor Burke’s interest in writing a monograph on Hugh Ramsay himself resulted in Patricia Gourlay’s thesis on the artist in 1966.

“I was indebted to this early research when writing my book on Ramsay,” says Fullerton.

Her studies in Fine Arts and French at the University of Melbourne in the 1960s led to a fascination for travel and further studies abroad, including at the Sorbonne, and a spell working at the Uffizi Gallery in Florence. Returning to Australia, she established close ties with Professor Burke’s successors, Professor Margaret Manion and Professor Jaynie Anderson.

The Hugh Ramsay Chair cements that lifelong relationship with the University.

The Chair will provide opportunities for research into Australian art, an area sadly in decline in some university programs. Indigenous art history in particular will be high on the list of the Chair’s priorities.