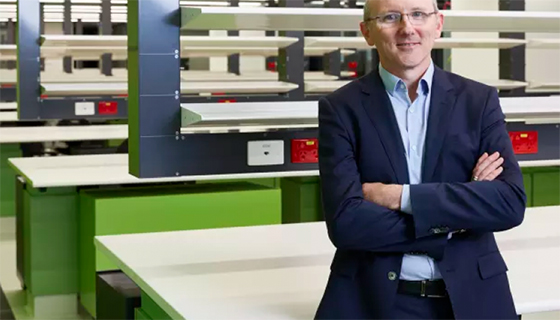 The donation to the UMCCR will help accelerate the pace of discovery and increase the existing global body of knowledge used to diagnose and treat cancer.

The gift will be put towards the UMCCR’s precision oncology research program focussing on upper gastrointestinal cancers.

These cancers have an exceptionally high mortality rate and over the past 50 years there has been minimal improvement in treatments and survival rates for these cancers, which include pancreatic, stomach and oesophageal cancers.

Researchers and clinicians are now at a crossroads in understanding some of these challenging cancers and identifying effective treatment plans.

The foundation’s founder Mr Li Ka-shing said: “The UMCCR attracts top-flight cancer researchers and scientists to tackle one of humanity’s most perplexing and complex health problems. I am excited to see the UMCCR bring together world-class research to identify novel approaches likely to benefit humankind in significant new ways.” 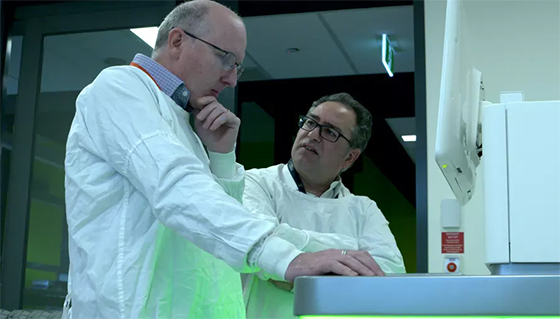 Professors Sean Grimmond and Alex Boussioutas with a genome sequencer
at the University of Melbourne Centre for Cancer Research
at the Victorian Comprehensive Cancer Centre. Picture: Paul Burston

University of Melbourne Vice-Chancellor Professor Glyn Davis said the gift would support research that showed enormous potential to change our approach to cancer.

UMCCR Founding Director Professor Sean Grimmond said: “Precision medicine is about analysing the patient and coming up with the optimal treatment of that patient at the very outset. This funding will help us move a step closer to using this technology to manage upper gastrointestinal cancer, which is notoriously difficult to treat.”

The donation will be spread over three years and marks the first time the Li Ka Shing Foundation has given money to an Australian university.

At the end of the three-year program the UMCCR will have increased its ability to capture and mine the genomic data needed to identify new drug targets and new treatments. It will also have created organoid “banks” to readily test new drugs before they are given to patients, and will have pioneered new ways of sharing knowledge between cancer centres throughout the world.