Indigenous Mentoring Fellow hopes to be a game changer 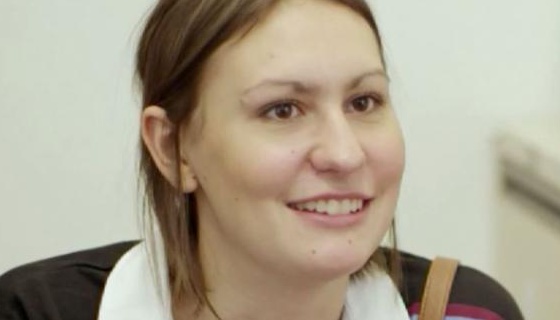 Michelle Kerrin holds on dearly to her Indigenous cultural background.

Michelle is a proud Arrernte and Luritja woman who moved to Melbourne from Darwin in 2015. In 2017 she will take on two important mentoring roles designed to help smooth the transition to study and higher education for Indigenous students.

The mentoring roles are part of the expectation attached to being a young community leader.

Michelle is the first Sir Robert Menzies Indigenous Mentoring Fellow at the University of Melbourne. In this role, she will mentor at the Melbourne Indigenous Transition School in Richmond. Michelle begins it with an important message: “We can be the teachers of our culture; we can be game changers.”

This is not the only mentoring role Michelle will undertake this year. The third-year Bachelor of Arts students also begins a role as an Indigenous Mentor at the University’s Murrup Barak centre, where fellow Indigenous students will learn from her own experiences moving to Melbourne.

“First year at uni was really hard – I made the big leap,” Michelle says.

“I had no friends and no family in Melbourne and there really were moments when I wanted to drop out. But I had mum there on the other end of the phone really encouraging me and saying ‘keep going a bit longer and see how you go’.

“Second year I found my passion at uni and now it’s so much easier.”

In her role at the Melbourne Indigenous Transition School, Michelle will work with 22 Year Seven students who have come from all around Australia. She will help them make the transition from living with family in remote and regional communities to high school in Melbourne.

Established in 2016, the School offers high-achieving Indigenous students a one-year transition and support program and the opportunity to take up scholarships at partner schools in Melbourne.

“I think the thing I can share with them will be that it is ok to go looking for extra support," Michelle says.

“There are people to connect with and there are other ways to feel that comfort (of family).”

Michelle feels it is critical to create an environment of safety and comfort for Indigenous students.

“I think people do want to understand and know more about Indigenous cultures and our mobs and we can be the teachers,” she says.

“We don’t have to wait to be asked to tell other people about culture and what it means to us.”

“I definitely know I’ve been given a lot of privileges,” Michelle says.

“I’ve been able to develop a relationship with Ann Miller and I understand it is a big deal.

“Now I want other Indigenous students to understand and know this support is available.”