How to identify brain changes in schizophrenia patients

Researchers have unlocked details revealing how brains change in people with schizophrenia and evidence suggesting that in the early stages of the illness the brain may be compensating for damage caused. 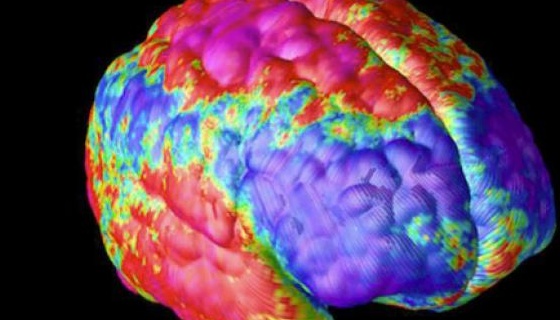 Researchers from the University of Melbourne, Monash University, University of Sydney and QIMR Berghofer Medical Research Institute, hope their findings will improve our understanding of the illness and contribute to improved treatments.

Published in Schizophrenia Bulletin, the project used magnetic resonance imaging (MRI) technology to take detailed pictures of the brains of 200 schizophrenia patients and 150 people without the condition.

The researcher was led by doctoral student, Maria Di Biase, supervised by Andrew Zalesky and Christos Pantelis. Dr Di Biase worked closely with Associate Professor Zalesky, an electrical engineer, to develop a new imaging analysis technique capable of capturing both grey and white matter to map the brain and examine whether changes in both tissue types are linked. The team found that disruptions in white matter were intimately linked to changes in grey matter regions in the cerebral cortex.

The study also found that these changes tended to evolve together throughout the course of illness and, surprisingly, that the brain seemed to compensate for some of the damage caused – at least in the early stages.

White matter transmits the electrical signals brain cells use to communicate. These signals are transmitted along axons, which are insulated by a fatty substance called myelin.

Subtle changes in this wiring have been found in the brains of people with schizophrenia, and loss of grey matter density in the cerebral cortex is also seen in people with this illness.

University of Melbourne Neuropsychiatry Professor Christos Pantelis said: “This work shows that with schizophrenia, changes in grey and white matter are in fact related processes, and that this relationship evolves as the illness progresses.”

“This suggests that at least in the early stages of the illness, white matter may be compensating for grey matter loss, with stronger white matter connections strengthening communication to compromised grey matter,” Professor Pantelis said.

However, this compensation is not likely to be sustainable in the long term.

“As the illness progresses and grey matter is lost, further brain alterations could lead to widespread change in both tissues that is seen in patients with prolonged or chronic schizophrenia. Treatments that ameliorate such changes in early illness may be important to prevent such long-term changes,” Professor Pantelis said.

Professor Pantelis added that the close collaboration between psychiatrists and engineers made this work possible and presents an important way forward in understanding complex disorders like schizophrenia.