Hope for dementia thanks to new specialised centre

The new Melbourne Dementia Research Centre is set to fast-track diagnosis and treatment of Alzheimer’s disease, bringing together Australia’s best scientists as they edge closer to a cure. 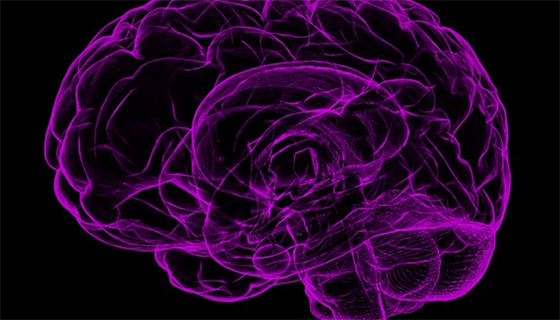 The Centre, the largest of its kind in Australia, is a collaboration between the Florey Institute of Neuroscience & Mental Health and the University of Melbourne, with funding of more than $22 million from the National Health and Medical Research Council, and $4 million in support from other funders. It will be home to close to 200 staff working on improved diagnostics, treatments and ultimately a cure for dementia.

The Centre was launched by Federal Health Minister Greg Hunt, who toured the Magnetic Resonance Imaging and Positron Emission Photography facilities that are crucial to the first clinical trial to be run at the Centre. This 3D Trial (Delaying Dementia with Deferiprone) will hopefully lead to an affordable and efficient way of diagnosing people at risk of dementia, which in turn will allow for early intervention and prevention of the disease’s progression.

Professor Ashley Bush, who made a world-first discovery into a link between iron in the brain and dementia progression, has been appointed Director of the Centre.

“The Centre will focus on integrating basic and translational research into dementia, with a special focus on clinical trials and clinical longitudinal studies,” he said.

“Over the next three years we aim to offer a new drug therapy for people with Alzheimer’s disease as part of the 3D Trial. We will develop a way to offer an early diagnosis using imaging so we can intervene with novel drug therapies; and we will constantly be trying to develop new dementia medications.

“The importance of finding a cure for dementia is growing every day with more than 400,000 Australians currently living with the disease, and another 100,000 more expected to be diagnosed within less than a decade. Helping those people and their families, who inevitably become carers, is vitally important.”

Professor Shitij Kapur, Dean of the University of Melbourne’s Faculty of Medicine, Dentistry and Health Sciences and Assistant Vice-Chancellor (Health), said the Centre was a fantastic example of collaboration between the University and the third most cited neuroscience institute in the world, the Florey.

“The Melbourne Dementia Resource Centre realistically aims to be the world’s leading centre for research translation on dementia,” he said.

“We already have groups loosely collaborating on the ageing brain across the University, the Florey and at the Royal Melbourne Hospital and Austin Health, but this union will optimise discovery.”

Florey Director, Professor Geoffrey Donnan AO said: “Bringing this research together under the umbrella of a dedicated Centre will undoubtedly lead to improved outcomes through linkages into clinical practice, education, industry and philanthropy. This is an exciting step towards finding a cure for dementia.”

The 3D Trial is extremely exciting because for the first time researchers will able to assess someone's risk of progressing into cognitive decline due to dementia without needing to perform invasive and costly tests. The trial will also be testing a compound that may prevent or slow the natural course of Alzheimer’s disease.

The Healthy Brain Project is steered by a group of neuroscientists to: