A major gift of $2.3 million from philanthropist John Higgins has strengthened the University of Melbourne's research and teaching in the field of positive psychology – which aims to build psychological health and resilience in individuals and organisations. 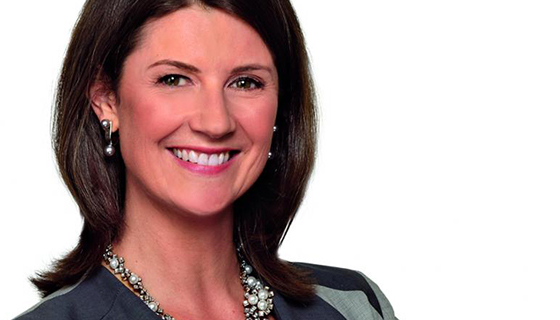 Professor Waters is a leading international researcher in the field of positive psychology, and a known expert in the areas of organisational change and psychology. She said she was excited to be taking on the role.

"The Centre for Positive Psychology is uniquely placed to have a positive impact across business, health and school practice in Australia and across the world," she said. "A particular interest of our centre is the wide-scale application of teaching positive psychology to school students to support the wellbeing and learning of young Australians."

This is the second Chair and fourth academic position at the University named to honour Gerry Higgins, an Irishman who emigrated from Kiltimagh in County Mayo, Ireland in 1949 and established Higgins Coatings, a successful commercial painting business, in Melbourne. Those posts are in philosophy, Irish studies, and medieval art history, and were variously supported by generous philanthropic support from Allan Myers, Maria Myers and John Higgins.

The Chairs (in Irish studies and now Positive Psychology) have been established in collaboration with Newman College, a Catholic residential college of the University, and incumbents play a role in College life.

Mr Higgins is a member of the Advisory Board of the Centre for Positive Psychology and also a board member of the Campaign for the University of Melbourne. He is passionate about education and has a vision that every student be exposed to the principles of positive psychology through their time at school, so they have the skills to influence their own lives, and those of the people around them.

"Psychology has traditionally supported people to move from minus ten to zero," he has said. "What I love about positive psychology is it helps people move from zero to plus ten."