A team from the University of Melbourne working to reduce preventable deaths in low and middle-income countries has been given an additional $11 million boost by Bloomberg Philanthropies. 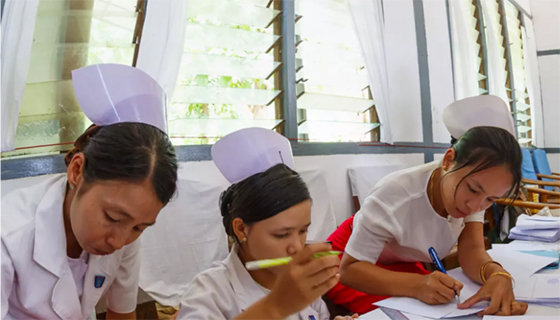 The grant brings the total Bloomberg Philanthropies investment in the University's Data for Health program to more than $23.8 million.

Data for Health is a global initiative that partners with 20 developing countries to dramatically improve health data, including improving understanding about the leading causes of premature death.

Across the world, about 65 per cent of all deaths are unrecorded and millions of deaths do not have a documented cause. 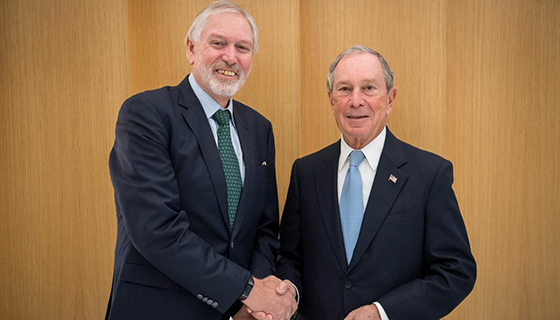 Michael R. Bloomberg (Bloomberg Philanthropies Founder and WHO Global Ambassador for Noncommunicable Diseases) and his colleagues collaborated with Laureate Professor Alan Lopez to launch the Data for Health initiative in 2015. The program is a novel joint partnership with Australia’s Department of Foreign Affairs and Trade.

“Just two years after we began Data for Health, the program is helping improve health data for more than one billion people in 20 countries," Mr Bloomberg said.

"This new grant will enable us to build on that progress and prevent more deaths and illnesses."

Death documentation in Myanmar typifies the problems the Data for Health initiative aims to eradicate. Notes on causes of death were being scribbled on pieces of paper and transported to bureaucrats through the mail, or even on bike to be filed later on. Now the data is being collected in short interviews, transferred electronically to produce reliable cause of death data.

“Philanthropic gifts like this allow the University to harness its outstanding research networks, reputation and engagement skills to help solve global health issues,” he said.

Professor Lopez’s team at the University of Melbourne co-lead the project, partnering with governments to provide technical and strategic direction and expertise on birth and death registration.

“Data for Health is a bold and ambitious initiative,” he said.

“We are partnering with countries to collect and analyse health data on a grand scale that’s never been done before, taking advantage of the benefits that technology brings.”

Follow advancements of the Bloomberg Philanthropies Data for Health Initiative at: mspgh.unimelb.edu.au/dataforhealth