Developing a culture of ‘mega-giving’ in Australian higher education

Moving to the other side of the world with your family is always challenging, no matter how attractive the climate and beaches. 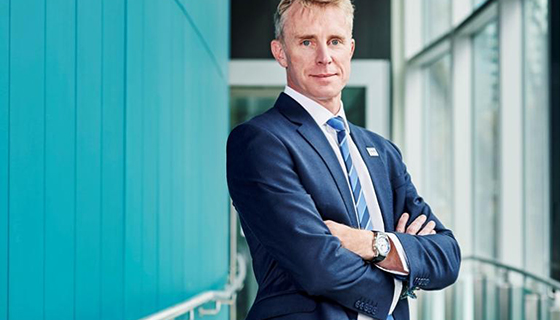 But with the prospect of tackling university advancement in a wholly new context, Australia had particular appeal for someone who “grew up” in UK higher education fundraising and alumni relations. Eight months ago, my family and I moved to Melbourne.

“Advancement” is often considered a new term in Australian higher education. However, the concept is not. Philanthropy has long been a part of its history, and Australians see themselves as generous in their giving.

Just as in the UK, universities here are addressing the world’s problems. There is a very welcome increase in the number of far-sighted philanthropists who want to match their vision for global change to institutions capable of delivering it. A palpable sense of “civic commitment” shines through, and people here are proud of the major institutions in their state.

They are enthusiastic to support the arts, health and higher education. This includes A$65 million from Andrew and Nicola Forrest to universities across Western Australia; Graham and Louise Tuckwell’s transformative donation of A$50 million to build the scholarship program at Australian National University; and Greg Poche and Kay Norton Poche’s gift of A$50 million to five universities across the country (including Melbourne) to tackle the very real issues facing indigenous Australians.

The visibility of these donors is critical to the development of a healthy culture of “mega-giving” in Australia. As someone who grew up during a period of Australian cricket dominance that lasted from 1981 to 2005, and where Australian success was hardly hidden under a bushel, it was a surprise to see that the residue of the “tall poppy syndrome” – the social phenomenon in which people of genuine merit are resented – still pervades parts of Australian life. Thankfully, being a visible philanthropist is now more likely to be openly praised.

Interestingly, a donor’s motives here seem less questioned than in the UK – it’s good to give, and there is less of a suggestion that major donors might be doing so for nefarious reasons.

The potential here is immense. The University of Melbourne and the University of Sydney have exceeded their initial campaign targets of A$500 million and A$600 million, respectively, before their scheduled completion dates. Both have announced new goals: Sydney is aiming for A$750 million by the end of 2017, and Melbourne announced in March a dual target of A$1 billion and 100,000 engaged alumni by 2021.

The latter is the largest known philanthropic campaign ever announced in Australia, and it is the first here to include an engagement target.

The opportunities to grow philanthropy are exciting nationally, but thrilling internationally. Australia is part of the Asia Pacific region; geographically that makes sense, but you quickly realise that it’s more than that. We are rooted there in a way that the UK is no longer.

Many of our students come from the region, much of our economic growth is reliant on the region, and the opportunities to grow transnational philanthropic investment are enormous.

There is no shortage of support – from academic colleagues who, with advancement professionals, invest their time in building the relationships with potential donors to generous individuals who are committed to making a difference.

Our challenge is in growing, attracting and retaining the kinds of skilled professionals who “join the dots” and who instigate and facilitate the collisions between genius and generosity.

The Pearce Review (2012) noted the need to develop advancement as a profession, and as a result, the UK has a head start. Australia is catching up quickly and needs to invest in the attraction of people with potential from other sectors, and in the training and building of advancement offices more widely across universities.

The rapid scaling up of advancement operations in the higher education sector here (there are nine universities in Melbourne alone) means that competition for Australian-grown talent is fierce, and right now many of us are recruiting expertise from the US, Canada and, of course, the UK. I see this practice continuing in the immediate future.

As Australians prepare to head to the polls this year, much is being made about the future of higher education.

The latest budget, released earlier this month, includes a consultation paper on how the sector should be funded. It illustrates the widely differing views held by both major parties, although political leaders are taking every opportunity to highlight the need for innovative and globally competitive universities. Regardless of Australia’s future policy direction, it goes without saying this cannot be achieved without the underpinning of a strong advancement culture.

At the current pace, I predict that we will see more Australian names among the world’s greatest institutions. It’s a privilege – and a lot of fun – to be part of that.

This article was first published in the Times Higher Education.