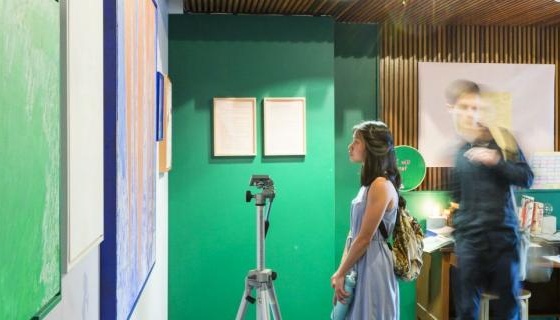 The Victorian College of the Arts (VCA) is celebrating 150 years of artistic development with a year-long program of exhibitions, workshops, public lectures and events.

The program will showcase the work of Melbourne alumni throughout the history of the school, which began at the State Library of Victoria’s School of Art in 1867.

Director of the VCA Professor Su Baker says Melbourne has a lot to be proud of artistically.

“For 150 years, the Victorian College of the Arts and its predecessor institutions have nurtured the talents of many of Australia’s best-known and most-treasured artists,” she said.

“We are also celebrating the present, with new public works on display and artist talks on key alumni such as Jenny Watson, Bertram MacKennal, Arthur Boyd and Clarice Beckett.”

One of the year’s drawcards will be a special exhibition including 150 pieces of alumni work in the Margaret Lawrence Gallery, titled the 9 x 5 Exhibition. This exhibition is inspired by an 1890s exhibition of the same name, which featured cigar box lid paintings by such noted alumni as Frederick McCubbin and Arthur Streeton.

This time, more than 300 VCA alumni have been invited to submit a nine by five inch work, which will be exhibited and offered for sale. The proceeds will be granted to the newly-created ART150 Scholarship.

2017 will also see the completion of two major development projects at the VCA, with the opening of the Buxton Gallery and the redevelopment of the Police Stables, projects made possible through the generosity of donors to Believe – the Campaign for the University of Melbourne.

ART150 was launched with the opening of Presence at the Margaret Lawrence Gallery.

Further reading - Art and amnesia: the Gallery School and the fate of women artists
As the Victorian College of the Arts celebrates 150 years of art in Melbourne, has anything changed for female artists?