A new home for the arts in Melbourne

Generous support from donors is transforming the Southbank Arts precinct. 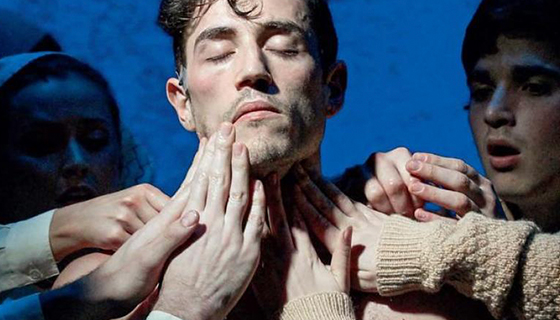 The arts world is familiar with making do — creators are used to the proverbial smell of the oily rag. So what happens, then, when the facilities and support are made available?

“It brings us to the next level,” says Dr Tim Edwards, Teaching Workshop Manager at the Victorian College of the Arts.

The remarkable 2015 transformation of a basic industrial workshop into a cutting-edge research facility has, in its first year alone, enabled collaboration between 700 students from visual arts, production, and film and television. “We have had many ‘magic’ moments of cross-discipline and collaboration between our students and staff with visiting artists and groups,” Dr Edwards says.

The new workshop is part of an overall redevelopment of the Southbank campus, made possible through joint funding by The Ian Potter Foundation, The Myer Foundation, Martyn Myer AO and Louise Myer, the University and the State Government.

In 2016, another major transformation begins as the Police Stables are converted into an innovative, multipurpose space for visual arts students. The redevelopment enhances opportunities for students and academics, and also enables collaborations with the wider community.

Secondary schools, the Melbourne International Arts Festival and Indigenous artists from the Northern Territory, among other organisations and groups, have recently used the Teaching Workshop. Music festivals including the Sugar Mountain Festival and the Melbourne Music Week also regularly use the Southbank campus.

In 2014, early in the Southbank renovations, the Grant Street Theatre was revamped into one of Melbourne’s premier music theatre venues. By day, the theatre is a multi-purpose teaching and rehearsal venue, and an exceptional black-box performance space by night.

New lighting equipment and retractable seats mean the theatre can be transformed from a teaching area into a performance space in under an hour. Grant Street Theatre offers an additional venue for special evening performances: Lionel’s Lounge, which was named to commemorate the support of the Lionel Gell Foundation, showcases jazz and cabaret concerts by students and teachers.

"The Grant Street transformation has given us a home", says Margot Fenley, the VCA’s Head of Music Theatre. It is home to the annual graduating Showcase, the most important performance for the students over their three years of study, launching them into their professions.

Grant Street can be used for most performing arts activities and has hosted public master classes and special performances by visiting artists. Earlier this year, Fern Sloan and Ted Pugh from the Actor’s Ensemble in New York offered public performances while visiting the VCA for a master teaching week. The renovations make it a drawcard for artists and the local community alike.

For the University of Melbourne Orchestra, the support of the Sidney Myer Melbourne Symphony Orchestra Trust has meant being able to take its music to the community, staging several free concerts a year.

Last October, in a first from the orchestra, it performed in Sydney at the City Recital Hall. Within hours of the tickets being made available, the seats were fully booked.

"It’s a terrific testament to the reputation of the University and the quality of the Orchestra that the concert attracted so much interest", says James Hutchinson, Program Manager - Music, Faculty of the VCA and MCM.

Mr Hutchinson says the funding is making a real difference. Support from the Trust has enabled the Orchestra to showcase its emerging talent and attract high quality artists to hone student skills, including conductors Hansjorg Schellenberger, one-time principal oboist at the Berlin Philharmonic, and Benjamin Northey, a University of Melbourne alumnus.