A French-US connection leads to innovative biomedical research in Australia

Réjane Langlois was, according to friends, a force of nature. Her adventurousness and thirst for knowledge are now beautifully captured in her legacy gift to the University of Melbourne. 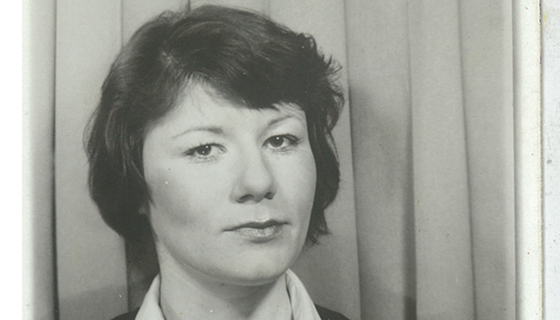 Réjane Langlois was captivated by Australia. Born in France, she moved to Australia in 1975 as part of a two-year job exchange program set up by her tyre company employer but never left.

By all accounts, Réjane was a very curious and independent woman with a brilliant mind, who was fascinated by life sciences research. She read voraciously about neurobiology in particular and was once heard to say that she would have liked to be a scientist to understand the brains of birds. Her cats were even named after legendary scientists Charles Darwin and Sir Ernest Rutherford.

Trained as a graphic artist with an eye for detail, Réjane enjoyed observing and capturing the natural life cycles of living things through photography.

Réjane lived the later part of her life on Raymond Island where she embraced bushwalking, bird-watching, scuba diving, kayaking, aviation and classic cars (she was notorious for speeding around the island in her restored 1960 Austin Healy).

Sadly, illness was frequent and devastating. Réjane survived breast cancer but, tragically, was later diagnosed with lung cancer. After her second diagnosis, she had a very clear understanding of where she would like to direct her legacy. She met with University of Melbourne researchers because she wanted to offer creative opportunities to expand knowledge in medical research.

Réjane would have delighted in the work of Matt Faria, a young and dynamic Faculty of Engineering and IT researcher. Matt, a former software engineer trained in the US with degrees in both computer science and biological sciences, decided on a change of career in order to “make a difference.” After some global investigative research, he joined the University of Melbourne to undertake his PhD in biomedical engineering. The Réjane Langlois Fellowship in Biomedical Engineering provides him with the opportunity to deepen his research interests over a three-year period.

Matt investigates how nanomaterials interact with human cells. He is driven by the desire to help develop targeted clinical treatments, which would overcome the dilemma of current chemotherapy drugs targeting both cancer cells and healthy cells. Matt hopes that his research will help design drugs that target only problematic cancer cells – a discovery with the potential to improve other drug applications.

Matt is confident that his research will lead to the delivery of new and improved therapies in the future. He understands that the work he does will have real global impact and possibly lead to further discoveries and applications.

As a naturalised Australian, Matt is following a path that Réjane Langlois walked nearly 50 years ago. Réjane’s legacy will similarly be felt for decades to come.