Georgina Harvey can trace many of the crucial turning points in her career back to the mentors and friends she made through the University’s alumni community, both before and after her graduation.

Inspired by the generosity of her community, Georgina decided to give back to students and young alumni through the Ask Alumni program where she imparts effective – but often simple – lessons that help others like her build their careers.

Georgina’s journey with mentoring started while she was still a student. As a keen rower throughout her high school years, Georgina decided to join the Melbourne University Boat Club.

“When I first started studying at the University in 2005, I was living in Ormond college, so I was surrounded by all things university,” she said.

It was during those early mornings on the water that Georgina began forming relationships that would influence her future.

“I think I was training something like 13 times a week and it was lovely to start to develop relationships with people my own age, as well as people in their 30s, 50s and 60s – and really start to learn from people's life experiences.”

Later, after Georgina had graduated, she embarked on a career overseas where her alumni connections became more valuable than ever.

“I had just arrived in New York, I think I was probably about 25 or 26 years old,” explained Georgina, “and I remember going to my job interview where I was interviewed by four Americans.”

As Georgina started feeling out of place, the interview took an interesting turn.

“At the end of the interview, a man wearing a big bow tie walked in and he had this great Australian accent. I immediately felt so comfortable and so we connected immediately,” said Georgina.

“It turns out that he had studied at the University of Melbourne, and in the end, I got the job.”

Georgina in part credits the life lessons and skills she learned from her community at the boat sheds for her success. “If I hadn't been surrounded by all these people, that might never have happened.”

Georgina lived in New York for six years before returning to Melbourne where she continued to go from strength to strength in her career. She is now Assistant Development Manager for Riverlee, a diversified property group.

Along the way, Georgina was guided by those in her industry and alumni communities.

“I've had a lot of wonderful mentors in my time, which I've picked up naturally all around the world through everything I've been involved in,” said Georgina.

“All of these very important people in my life have helped shape who I am today.”

Having flourished in her career through these formative experiences, Georgina decided to become a mentor herself through Ask Alumni – a flash mentoring program that facilitates short, one-off conversations to help students and alumni achieve their career goals.

But Georgina’s transition from mentee to mentor didn’t come without its challenges. “When I first became a mentor, it felt kind of overwhelming. I thought, ‘what do I know anyway?’”

It wasn’t long before Georgina became more comfortable in her new role and enjoyed the opportunity to reflect on her time at university and beyond.

“It's nice to dig back into my memories of university and think about what I’ve learnt, how I used my situation to my advantage, and how I got my first job – and then pass on some of those little stories which essentially can go a long way,” explained Georgina. 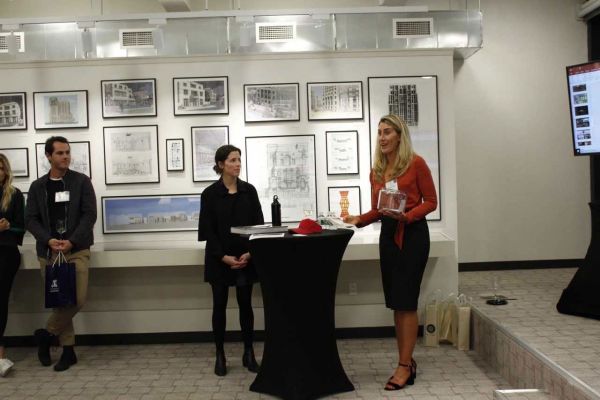 For Georgina, a mentoring relationship shouldn’t be strictly professional. “I feel the best mentor-mentee relationships feel natural, and it's okay if people don't connect. You’ve got to keep trying and find the person that you connect with.

“I think if you feel joyful when you spend time together, you can learn more from each other.”

Some of Georgina’s personal highlights with Ask Alumni are the inter-generational experiences, like the ones she benefitted from during her studies.

“It takes me back to when I was at the boat sheds and learning from some of the older rowers who already had very established careers and were able to point me in one direction or another,” said Georgina.

A home away from home

During her time in New York, Georgina helped establish the University of Melbourne New York Alumni Association, where she volunteered as both secretary and president at different times.

“We met monthly, and we would sort of collaborate and essentially come up with ideas on how we could engage with our broader network and start to create events in the city,” explained Georgina. “Sometimes they were based on knowledge sharing and other times they were more social.”

Georgina says she gained a much-needed sense of belonging in New York through the association, and knows that sense of community was valuable for others who came to the group.

“It was a really good home point for someone who's just done exactly what I had done – arrived in New York with just a couple of suitcases,” said Georgina. 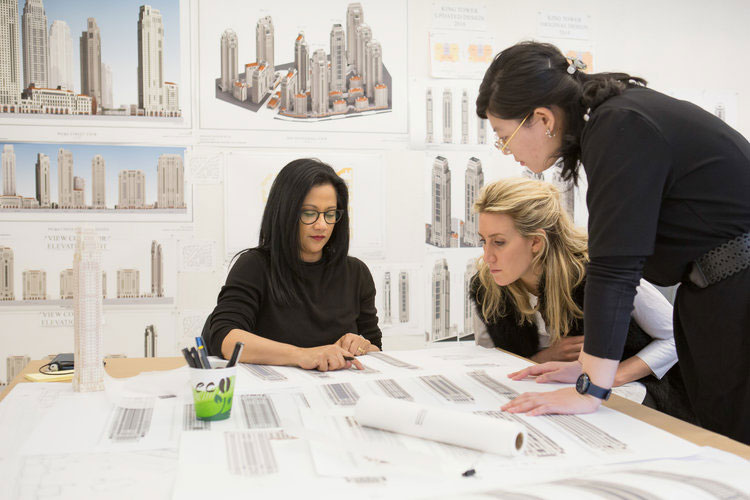 “It gives alumni somewhere to go to connect with like-minded people and start to have discussions.”

And those discussions were always varied, thanks to the diversity of people in the University’s alumni network. “We all came from different backgrounds – some were from legal backgrounds, some were in finance, some were in science,” said Georgina.

Many of the interactions Georgina and other members had through the association were practical in nature too – fostering a sense of camaraderie among the group.

“People would catch up over coffee and help each other with their careers, with job interviews, and with connecting each other in with other contacts,” said Georgina.

“It felt like everyone was in it together to help each other out.”

Georgina knows first-hand that ending the connection with university after graduation is limiting.

“If I could give one piece of advice to someone graduating, it would be to stay connected and say yes to everything.”

Do you want to impart your knowledge and learn from your peers? Learn more about the Ask Alumni program and the global alumni network.