Ask Alumni is made possible thanks to University of Melbourne alumni who generously give their time. Arts alum Dr Ginny Tong has supported more than 20 students and young alumni in their career goals through the program.

As a young person navigating a career in media and communications, Dr Ginny Tong was no novice in harnessing the benefits of mentoring – she just didn’t realise then that the support she received had a name.

Today, Ginny’s career and volunteering efforts are both centred around amplifying young voices, with the University’s Ask Alumni program providing her the platform to empower more young people than ever before.

Ginny’s long-lasting relationship with the University of Melbourne started in 2002 when she enrolled as a student. Ginny completed a Bachelor of Arts (Media and Communications) (Hons) and an arts PhD at the University.

“I particularly love the arts because it stretches across political science, gender, culture, and more. It teaches you the importance of demonstrating empathy, and what you could do to give back to society,” said Ginny.

She also feels being immersed in Australian culture gave her the confidence to express her curiosity throughout her career.

“During my studies, I could knock on any lecturer’s door at any time and say, ‘I've got a question’. And when they didn’t have the answer, they were never shy to refer me to other lecturers.

“I’ve learned that asking questions allow us to do our jobs better – and that's something I was very fortunate to learn thanks to those lecturers being generous in their sharing,” she said. 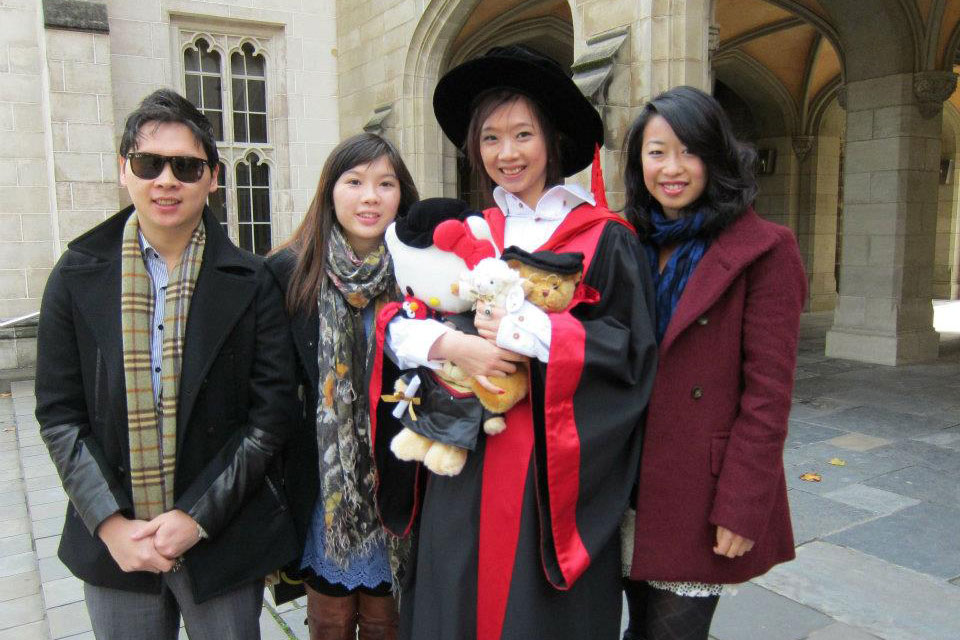 Ginny with friends at her graduation ceremony.

Even after Ginny completed her studies and moved into her career, the desire to learn and connect with like-minded people remained. It was this longing that led Ginny to connect with her alumni community.

“I really missed being immersed in an academic setting, and I find intellectual exchange really rewarding – both are gentle reminders that there is still so much I don’t know, and so much more I can learn,” she said.

Reflecting on the lecturers who were so generous with their own knowledge, Ginny recognised an opportunity to give back with Ask Alumni – a flash mentoring program that facilitates short, one-off conversations to help students and alumni achieve their career goals.

It took Ginny some time to put a name to the support she received during university and see that she could offer support too.

“It's only much later that I came to recognise that the knowledge sharing with those lecturers is called mentoring, and I'm very grateful that I had so many opportunities to experience it first-hand,” said Ginny.

When she first signed up to the program, Ginny felt excited to share what she’d learned but also experienced some self-doubt. 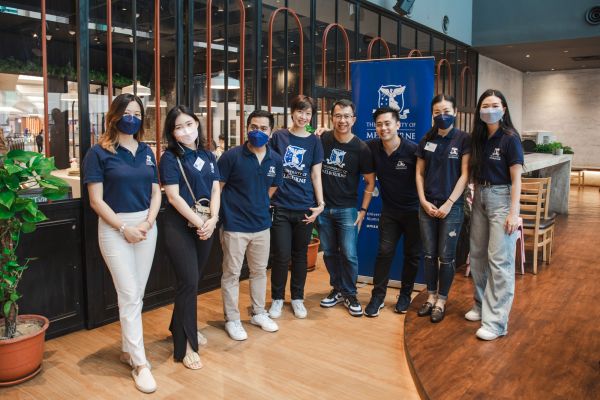 “When I heard about the Ask Alumni program, I went in with the mindset that I would be regurgitating things that I'd learned in school,” said Ginny.

“That did make me wonder if anyone would be interested in what I had to say, and if I was in a position to offer any useful advice to the mentees.”

Thankfully, it wasn’t long before Ginny’s concerns were quelled, and she gained a new sense of purpose.

“The first experience was so rewarding when the mentee said, ‘wow, I didn't know about this’,” she said. “I realised it's not about saying ‘I'm so clever and you need to follow me’ – but it’s more about sharing.”

Not only is Ginny able to offer her experiences to her mentees, but she often takes knowledge away from the conversations too.

“Personally, I find that the learning doesn't stop. Just because my mentees are younger with less life experience, it doesn’t mean I can’t learn from them,” said Ginny.

“That’s why to me, mentoring is something very, very powerful.”

For Ginny, another advantage of being in the Ask Alumni program is that it gives her a platform to focus on one of her passions – empowering women.

“The fact that there is a formalised platform that offers the opportunity to reach out to thousands of women around the world is very exciting for me,” she said.

“The questions could be as simple as ‘how do I ask for a salary increase?’ or ‘how do I make friends?’ but I think people don’t realise how powerful mentoring is.”

Since registering through Ask Alumni in 2018, Ginny has supported more than 20 University of Melbourne students and young alumni from different backgrounds and walks of life. Still, she noticed that many people seeking support face similar issues.

“I’ve realised that a lot of our concerns are actually very universal,” said Ginny. “Questions such as ‘what do I do after graduation?’ and ‘is my arts degree valid?’ Those are perhaps the questions that I get asked the most.”

Beyond her volunteering efforts at the University, Ginny carries her passion for empowering young voices through to her career as well.

Although Ginny started out in the events and communications space, she soon realised that being in corporate wasn’t the right fit for her.

And so, in 2018, Ginny and her brother Desmond took a leap of faith and decided to open ZHAN Art | Space in Kuala Lumpur – a space that supports young emerging Malaysian artists who are still finding their footing. 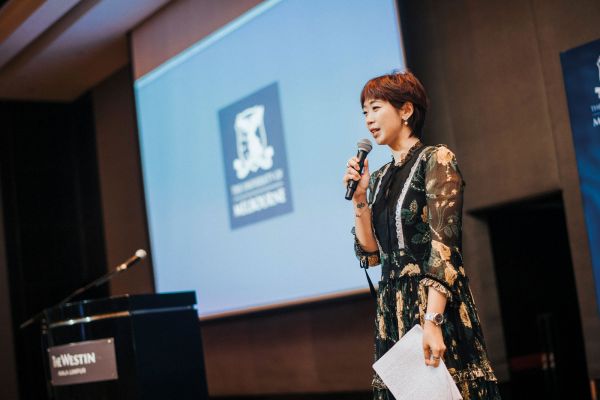 “We took our experiences in communications and marketing and decided we were going to provide a supportive platform for young artists to springboard their talents and do amazing things,” said Ginny.

“I really think that the exposure of studying in Melbourne gave us that first inkling that a fulfilling career in promoting the arts is possible, and that what we offer is something that people look forward to and get excited about.”

Immersing herself in the University’s international alumni community has not only reconnected Ginny with the University and enabled her to give back – it also provided a strong sense of friendship.

“One of the things that I really like about being part of this alumni is the fact that we have friends globally,” said Ginny. “That to me is what the alumni experience is about – remaining a constant presence for people who still want to keep in touch.”

“It's very exciting to be able to belong to something bigger than yourself.”

Do you want to impart your knowledge and learn from your peers? Learn more about the Ask Alumni program and the global alumni network.