Doctor Meaghan Barrow, Lead Wildlife Veterinarian with RSPCA Queensland, cares for all creatures great and miniscule. Here, she reveals how two scholarships – one created for veterinarian students, the other dedicated to wildlife research – enabled her to give back to vulnerable wildlife.

The Robert Neville McCarthy Scholarship creates opportunities for final-year veterinary students like Meaghan to access research projects essential to completing their studies. The scholarship was generously established by the McCarthy family to commemorate their son Robert, a talented veterinary scientist who was tragically taken by cancer in 1993. Meaghan was also awarded the Noble Stewart-Hamilton Scholarship, made possible by the late Joyce Agnes Stewart-Hamilton (née Noble) through a gift in her Will to support veterinary students from regional areas.

An abiding love of country, and all of its inhabitants, has always been integral part of Doctor Meaghan Barrow’s identity. As Lead Wildlife Veterinarian with the RSCPA in rural Queensland, Meaghan demonstrates that tenderness and care, helping treat in excess of over 25,000 sick and injured native animals annually.

Raised on a sheep farm in northeast Victoria, it was a childhood enveloped in nature that germinated Meaghan’s sense of responsibility to the environment. “Because our native wildlife is so impacted by human activity, I was drawn to helping them.”

And so, having completed school, Meaghan began a Bachelor of Veterinary Science degree at the University of Melbourne, an opportunity enabled by the Noble Stewart-Hamilton Scholarship. Established at the bequest of the late Joyce Agnes Stewart-Hamilton (nee Noble), who was unable to realise her own ambitions of becoming a vet, Joyce’s generosity has since supported numerous veterinarian students at the University of Melbourne with their study and living expenses. 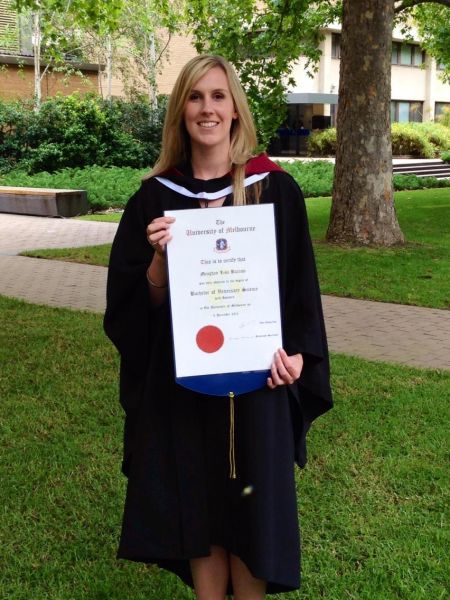 “Being a rural student tends to put you at a disadvantage to students who come from Melbourne and can study at home. Having that scholarship was a huge help in offsetting the costs of moving to Melbourne and supporting myself through the four years of veterinary studies.”

Able to pursue interstate placements at the Currumbin Wildlife Sanctuary and the Menzies Research Institute, Tasmania, the experiences came as a revelation to Meaghan. For the first time, she could see wider possibilities within veterinarian sciences opening up to her. So much so, that when the opportunity to participate in a six-week summer research project on native wildlife presented itself as part of the Robert Neville McCarthy Scholarship, Meaghan felt compelled to apply.

Without the support of the Noble Stewart-Hamilton scholarship, I really would have struggled to do as well as I did at university. Additionally, the experience I was exposed to as part of the Robert Neville McCarthy Scholarship summer research project was an incredibly unique and enjoyable experience, one that set me up for my career. They both made a huge difference to my experience.

“Veterinary studies tend to focus on placements and rotations in the final year, but here was a scholarship dedicated to wildlife research with a core focus on Phalaris toxicity. As the daughter of sheep farmers, it’s a subject I found fascinating.”

Found on every continent in the world except Antarctica, Phalaris is a common grass genus. But some species contain gramine, an indole alkaloid, which, when ingested by sheep, is toxic, often leading to brain damage, central nervous system damage and in some cases death.

“It tends to present in what we call Phalaris staggers – head tremors, a loss of coordination, collapse. Mobs of wild kangaroos had recently been observed displaying these tremors and so the research I became part of was investigating whether or not Phalaris affects Kangaroos.”

In the space of just six weeks, Meaghan was exposed to an entirely fresh set of skills and experiences that would expand her understanding of animal science far beyond those required within an atypical veterinary practice.

“From a practical perspective, I learned so much that I simply would not have been exposed to otherwise – things like histology, pathology and metabolomics. Academically, I used the skills I’d acquired in my final year project. On a personal level, working with such talented specialists and experts boosted my confidence, setting me up for a really strong finish in my final year. And professionally, it was great to be exposed to the different career paths my degree could take me down. It really surfaced areas I hadn’t thought of, in addition to giving me skills I still use in the work I do now.”

A love of the wild

As Meaghan and her team scramble to treat and rehabilitate the steady stream of injured native wildlife delivered to their doors, those skills are pressed into action on a daily basis in her role with the RSPCA.

“The biggest challenge we face is the sheer volume of animals presenting to us. During winter, we will see 40 cases a day. In summer, that can spike to anywhere between 80 and 90. In total, we will treat approximately 25,000 animals a year. It’s always been a challenge, but as urban sprawl expands and wildlife habitats shrink, we’re treating more affected animals year on year.”

No two days are alike and the sheer species diversity Meaghan and her team care for keeps them on their toes. Being informed and staying on top of the different diseases across such diverse species is challenging, and some patients can prove trickier than others.

In the thick of work in 2021, an RSPCA nurse arrived with a graceful tree frog. The only problem was Meaghan couldn’t see it. “I asked the presenting nurse if she was joking,” Meaghan recalls “but she made me take a closer look. And there it was: a tiny two-centimetre frog.”

Initially worried about a lump on its side, closer examination revealed a thorax wound exposing the frog’s delicate lungs and intestines. Despite its tiny size, and the severity of its injuries, Meaghan’s training kicked in. Albeit with a little improvisation.

“I had doubts he’d survive. If this were a mammal with wounds that severe it’s unlikely it would. But I thought I'd try to suture it back up. To do that, I needed to sedate it, which was really hard because you can't intubate a frog weighing less than one-half of a gram. Then I had to brace my entire body to keep my hands steady enough to stitch it up with tiny needles and a very thin suture.” 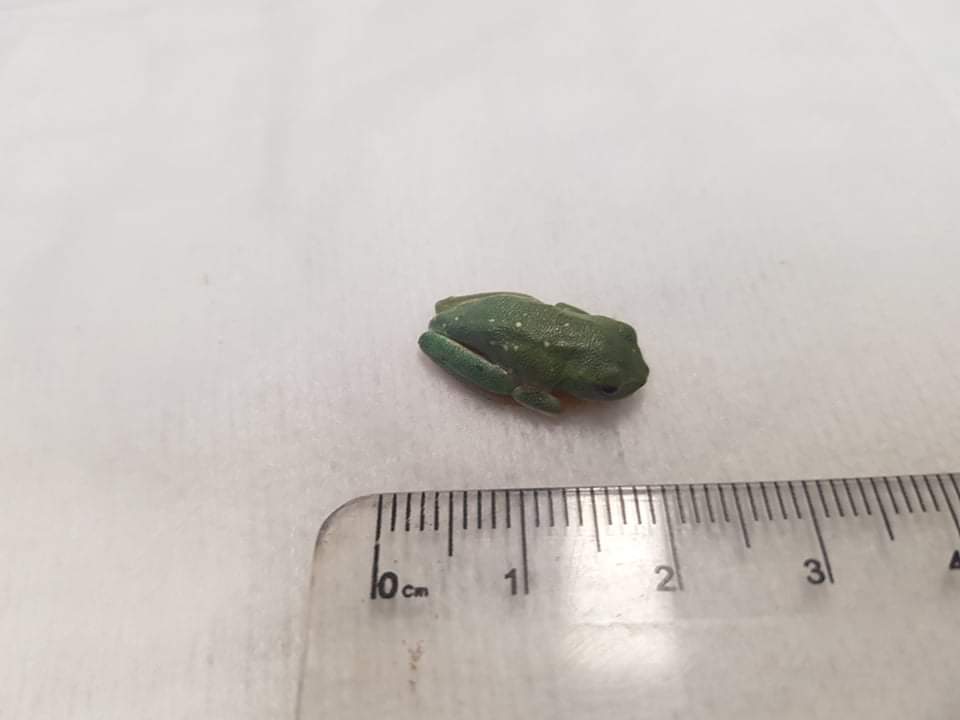 Thankfully, the operation was a success. A week later, the healed frog was only too happy to hop back into the wild. The success of her work in rehabilitating and preserving vulnerable native wildlife is testament to her love for country. For Meaghan, the pleasing circularity of her journey – a country girl enchanted by Australian wildlife finds a way to work on the frontline protecting it – could only have been achieved by the experiences enabled by her two scholarships.

“It is incredibly important rural students are supported. Rural Australia is undoubtedly a great place to experience a rich childhood, but education opportunities are limited. Scholarships, like those given by the generosity of Joyce Stewart-Hamilton, are fabulous. The added support and inspiration of the Robert Neville McCarthy Scholarship and its summer research program only added to my university experience, enlarging and improving my career path. Both scholarships made a huge difference to me.”

And not just to Meaghan, but the thousands of animals, large and miniscule, she now cares for.