Dr Suzie Sheehy is a physicist, academic, lecturer and science communicator. Here, she talks about the immense impact of accelerator physics on our lives, a new project that’s bringing the industry and its enormous potential back to Australian shores, and the philanthropic support that made it possible.

The Baker Foundation has enabled Dr Sheehy’s ground-breaking work through the creation of her role as Baker Fellow in Medical Accelerator Physics. Dr Sheehy also received a second five-year grant from the Foundation to retain research engineer Dr Matteo Volpi.

Could you tell us a bit about yourself and your field of expertise?

I'm originally from Melbourne which is where I completed my Bachelor of Science. I then spent almost 14 years in Oxford where I became an accelerator physicist, which is a field of physics focused on controlling billions of particles that you can't see, touch, or feel. Designing an accelerator is kind of like building a little universe for these particles and then trying to corral them into doing what we want them to do at a very high energy. Yet the thing that really grabbed me about this field was discovering how useful it is in the real world.

The Baker Foundation has generously supported your field of work in creating the Baker Fellow in Medical Accelerator Physics – a position that you currently hold. And now they’re providing more funding for a new project under your leadership. Could you tell us more about the project?

It’s based around this idea of making smaller particle accelerators – machines that propel charged particles to very high speeds. And that’s important, because as particle accelerators become more powerful and their applications more varied, they need to remain accessible to the many industries that use them.

Thanks to the Baker Foundation’s support, I’ve been able to form a research team and bring a state-of-the-art particle accelerator test system, affectionately known as ‘MelBOX’, over from the European Organisation for Nuclear Research (CERN) – the world's biggest particle accelerator lab.

They’ve been trying to increase the frequency that particle accelerators operate at for about 20 years, driven by the idea of shrinking down the size of future colliders. They knew that if you use a higher frequency – which corresponds to a shorter wavelength – this would allow them to shrink down the size and weight of the accelerator. But what they discovered is that this also allows for more powerful accelerators that can boost the particles over shorter distance to reach the same energy – a double win. 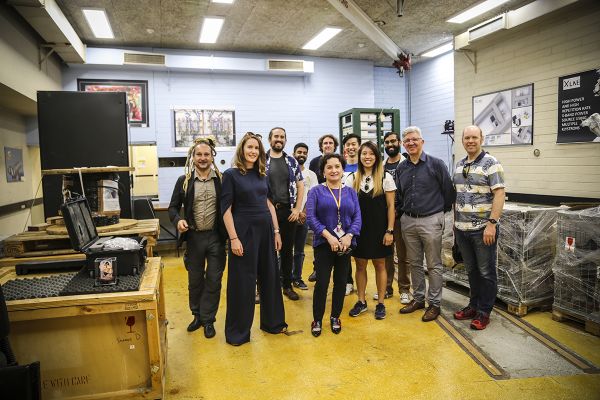 Now that we have the MelBOX in Melbourne, we can continue building on this work. It will contribute to CERN’s program but will also allow us to bring a new area of research to Melbourne, indeed to the Southern Hemisphere. We can work together with the medical community, with industry, with all these potential end users of small particle accelerators. In fact, the University of Melbourne has housed a number of particle accelerators since the 70s and 80s, and a couple of researchers contributed to developing those early machines. It feels like we are building on their legacy by really bringing this research area up to speed with a state-of-the-art laboratory.

How do you think bringing this expertise back onto Australian shores will change our nation’s capability in particle physics?

I'm trying to shift us into a position of developing novel particle accelerators where the intellectual property is Australian. In a few years, once this lab is established, I am hoping we will have a productive flow of new ideas and discoveries that translate through to real world applications. And more broadly, I want to create an ecosystem in accelerator research in Australia that is diverse, supportive, flourishing and well connected with the rest of the world.

Australia could be a powerhouse in so many respects – in the knowledge economy and in technology. At the moment, we rely a lot on importing things rather than building our own industry. This is an area that has an enormous utility and a rapidly growing market. And there's so much space left for that to grow.

Research into particle physics takes time, and its impact on society can take years to come to fruition. How do you stay motivated to achieve your long-term goals?

I always have short-term projects on the boil too. And for me, and I think for my students, that helps us remember we're making a real-world short-term impact.

I went to a workshop at CERN in Switzerland a couple of years ago. It brought together about 23 representatives from sub-Saharan Africa – including medical physicists, oncologists, and accelerator experts with their UK, European and United States counterparts. The aim was to address the massive shortfall of cancer care provided by radiotherapy technology – which is a small accelerator – in low and middle-income countries. One big issue we identified is that accelerators fail more frequently than they do in a high-income country because they are built for our high-tech health systems, but no-one had sufficient data that would allow us fix the problem.

As a result, some of my recent projects have involved gathering the data that can help us redesign the technology – finding out how radiotherapy systems are failing, which part, and how often.

One of my University of Melbourne PhD students Greg Peiris is currently focusing on the part of that system that fails most frequently. And he's been working with colleagues in Indonesia to do a similar study there, specifically looking at this one part called the Multi Leaf Collimator that fails a lot. He's also working with the Peter MacCallum Cancer Centre and the University of Sydney to study how we can change this part to make it more robust – while still delivering top notch cancer treatment and high-quality care. So those sorts of projects really keep me motivated because it tells me these things are used in the real world. 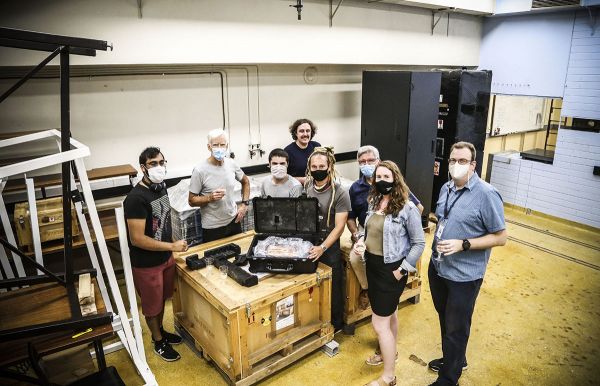 How crucial has the support from the Baker Foundation been in allowing you to fulfil these aspirations and drive your research forward?

The reason I was able to come back to Melbourne was partly because of the Baker Foundation’s support by creating the Baker Fellow. That made it really attractive for me to be able to come back and really put my mark on the field in Australia and grow the field. It gave me the freedom to have big aspirations that are going to take a number of years to achieve.

Really, to get a program like this off the ground, you must have the research group and the lab, but you also need connections with industry and engineering. And it takes a long time for that ecosystem to evolve. The Baker Foundation has given me that continued support. They met me when I first started, and they've been incredibly supportive and excited about what I'm doing. I feel that they're great supporters, both as individuals and as an organisation.