Five years after a group of University of Melbourne supporters gave to Maternal and Fetal Medicine research at the University, their generosity has led to a discovery that will make a difference to the three million mothers who experience this tragedy around the world each year.

In the lead-up to Pregnancy and Infant Loss Remembrance Day on 15 October, Professor Susan Walker AO and her University of Melbourne Obstetrics Research team at the Mercy Hospital for Women are proud to share that they have used this critical funding to make significant strides in preventing stillbirth.

“Our project has identified a marker in maternal blood that could identify a failing placenta and a baby destined to be born small,” explained Professor Walker. “Such babies have a fourfold increase in stillbirth risk – yet if small babies are detected in late pregnancy, the stillbirth risk is halved.”

The discovery would not have been possible without the support from donors to the University’s Breaking the Silence Around Stillbirth appeal in 2017. 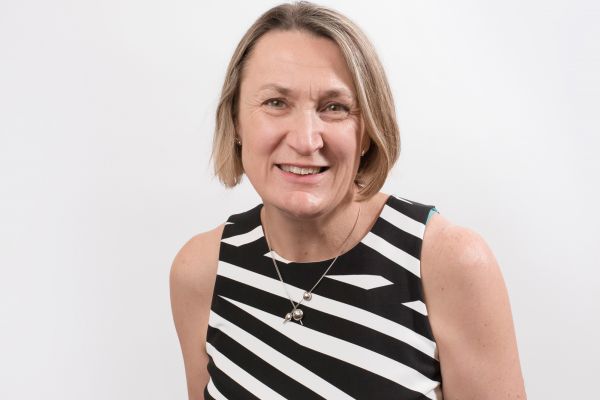 “The donors’ contribution to this work has been immense,” said Professor Walker. “By providing the first tranche of funding, their support meant we could be bold and try to see if we could discriminate better between healthy pregnancies and those at risk.”

“This has given us the opportunity to identify what is currently the best blood test marker of fetal growth restriction yet described.”

Professor Walker and her team’s research could mark a significant reduction in the number of those grieved by stillbirth around the world.

“Current routine antenatal care only detects about 20% of small babies,” said Professor Walker. “If a simple blood test in late pregnancy could better identify small babies, this could make huge inroads to the burden of late pregnancy stillbirth globally.”

The research has uncovered that a placentally-derived protein, SPINT1, is an identifier that signals a pregnant woman’s baby is small – a characteristic known to signify higher risk of stillbirth.

“We have identified that SPINT1 out-performs any currently available blood marker for detecting small babies and are developing our own advanced screening technique to effectively measure SPINT1,” said Professor Walker.

“This is a highly sensitive platform that we expect will improve the sensitivity for prediction of small infants (below the 10th percentile), and will ensure the blood marker is reliable, accurate and scalable.”

In 2021, the project began testing two separate cohorts of 1000 pregnant women which garnered some positive results. They found that adding SPINT1 to a standard ultrasound further increases the detection of babies destined to be born small.

In 2022, the hospital-based research project faced continued challenges due to COVID-19, but Professor Walker’s team still managed to gather more than 2000 blood samples from pregnant women to validate their initial discovery.

The findings have made waves around the world, with Professor Walker and her team’s work being published in 20 high-profile medical publications since 2020.

“There have been 10 publications generated by this research just in the last 12 months, and our international collaborations extend from South America to South Africa and Cambridge, UK,” said Professor Walker.

The next step for Professor Walker and her team is turning the discovery into an easily accessible diagnostic tool in clinical settings. They are also looking for other placental proteins in addition to SPINT1 that could help detect an even greater number of at-risk pregnancies.

“Overall, we are moving closer to a simple blood test in late pregnancy being employed as a standalone test – or combined with ultrasound – to optimise detection of small babies,” said Professor Walker.

“We are also continuing to look for other markers of placental dysfunction in the hope that a combined marker might offer increased accuracy in identifying those babies at greater risk of stillbirth.”

With the research gaining attention overseas, Professor Walker and her team are focused on implementing this discovery in diverse communities beyond Australian shores.

“Our finding that it performs well as a marker of small babies has been replicated using several large cohorts overseas. This encouraging finding means SPINT1 is likely to be an effective marker in diverse populations,” explained Professor Walker.

“This is a clear focus of our research – we aim to validate our discoveries in other populations so that these findings will be generalizable to other settings.”

Transforming the discovery into a standardized blood test is critical to Professor Walker’s aim to apply this research to pregnant women around the world.

“A blood test is simple, accessible and can be rolled out equitably, whereas ultrasound to assess fetal growth is user dependent, and is not always accessible in more remote or resource-poor settings,” explained Professor Walker.

Each incremental improvement in our ability to detect the risk of stillbirth makes an enormous difference – with the impact of each stillbirth on a family being inestimable.

“For the families affected, it is life changing,” said Professor Walker. “Not knowing which babies are at risk of late pregnancy stillbirth remains a constant clinical challenge, and the team and I are committed to providing a solution.”

Professor Walker envisions that her research will help to avoid any unnecessary and stressful medical interventions for healthy pregnancies but will also enable swift and accessible action for those pregnancies with poor placental function.

“If we know about these babies, we can monitor them more carefully in late pregnancy and labour and offer timely delivery so that stillbirth does not occur,” she said.

This research has marked a novel process for detecting pregnancies at risk of stillbirth and gives hope for a future where a simple blood test could provide a healthy start to life to more babies.

“On behalf of my colleagues Prof Tong, Prof Kaitu'u-Lino, Dr Teresa MacDonald and all our team, we would like to extend our sincere gratitude to the donors to the Stillbirth Prevention Fund at University of Melbourne,” said Professor Walker.

“Thank you for generously supporting our research as we share in the dream for safer motherhood and the best possible start to life.”

Donations to the Breaking the Silence Around Stillbirth appeal were leveraged to obtain further competitive funding towards Professor Susan Walker’s vital research, achieving a $5 million National Health and Medical Research Council (NHMRC) Synergy grant and $1 million Project grant to support the work of the team. Professor Walker also holds the Sheila Handbury Chair of Maternal Fetal Medicine which was enabled through a $1.58M gift from the late Dr Geoffrey Handbury AO and the Handbury family.