The Atlantic Fellows for Social Equity is an Indigenous-led lifelong collaborative fellowship program and platform for systemic change. One of seven global hubs, the Australia, Aotearoa and Pacific Region program was established through the largest gift to the University of Melbourne and the vision of Chuck Feeney, founder of The Atlantic Philanthropies.

On a cold, wintry Melbourne morning in 2016, Michelle Steele, a Kamilaroi/Gomeroi woman from Moree, and a career public servant for over a decade, steps out of a female prison. It’s her first visit to this prison, or any other. The experience has left an indelible impression. 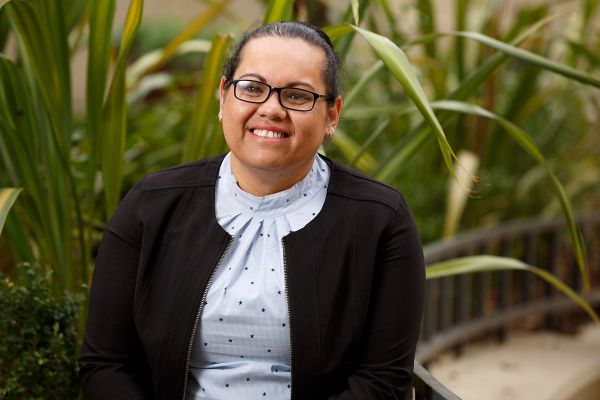 "The federal government was looking for ways to lift employment opportunities for Indigenous men and women exiting prison in the hope it could reduce recidivism. As part of a report called Prison to Work, I had the opportunity to listen and engage with female prisoners. They were really generous in sharing their stories that led them to be there."

They were just as articulate about what they wanted, expected and hoped for upon release. Employment opportunities and housing support as a way to be reunited with their children were common themes. But one comment in particular struck Steele.

This inmate told me, ‘When I step out of this prison, it's supposed to be my fresh start. But I'll start it in someone else's clothes.’

Asked what that meant, the inmate said it was unlikely her old clothes would fit. Her only option would be to pick seconds from a clothing bin outside the prison gates.

As Steele walked out of the prison, rugged up for the Melbourne winter, she could see the clothing bin, overflowing with old, ragged castoffs. “I thought, how hard could it be for these women to have access to fresh clothing and a decent bag to put them in?”

The experience led Steele to think more deeply about what it meant for women leaving the prison system, and how important and complex it was for them to be deciding and driving their own fate. Three months later, she heard about the Atlantic Fellows for Social Equity, a life-changing fellowship for Indigenous social equity in Australia, Aotearoa and the Pacific region, made possible by the generosity of The Atlantic Philanthropies.

As Steele explained, she felt compelled to apply: "For somebody working in social public policy, it was incredibly important for me to do something I felt genuinely passionate about, as opposed to something I was positionally responsible for."

Several months later, she found herself part of the very first cohort at the University of Melbourne and on the cusp of a life changing experience.

"I'd never really been able to spend a year concentrating on building, learning, researching and networking a particular aspect of policy. The Atlantic Fellows allowed me to do that. It allowed me to test and be accountable for a project. It allowed me to make connections I would not have made. And, it gave me 14 more sponsors for my project."

It was the collective input from her peers, all equally invested in her project's outcomes, that opened up new paths Steele hadn't fully anticipated.

"When I started the Fellowship, I had big plans of setting up new support systems. But through mentors, connections and the constructive interrogation of my fellow Fellows, I realised these structures already existed. They just needed to work better. Instead of creating additional layers for these women to navigate upon their exit from prison, I discovered I needed to find healthier ways to disrupt the system."

On completing the formal foundation year of the Fellowship, Steele doubled her efforts to focus on working with not-for-profits and other organisations who already existed to deliver the types of services her clients needed. But rather than focus on creating a new initiative, Steele is grateful the Atlantic Fellows program gave her the courage to drive change on several existing support systems.

Leading from the front in a pandemic

What the Fellowship had also done was prepare Steele as well as anyone could be for one of the most pressing health concerns of our time, COVID-19.

As the pandemic first reached Australia, it sent out ripples of alarm and concern – particularly in Aboriginal and Torres Strait Islander communities. Appointed Assistant Secretary for the Indigenous and Remote Policy and Implementation Branch on the National COVID Vaccine Taskforce, Steele's role has been pivotal in shaping and driving public policies to protect Indigenous communities in lockstep shaped by these communities.

From the get-go, Steele knew Aboriginal and Torres Strait Islander communities needed early action. "We needed Indigenous experts at the table. And we needed to embed that expertise within the structures that already existed."

In the case of COVID-19, the most important structure was the Australian Health Protection Principals Committee (AHPPC), the federal government's key decision-making committee for health emergencies.

"At the heart of it, my job was to translate the needs of the community to public health policy, not define it. Every time I was on the phone to them, my job was to ask, 'What does this mean to public policy?'. And that's why it's been so successful."

Steele holds up the vaccine rollout program in western NSW as a particularly strong example. "The most effective thing we did was to support an Indigenous liaison team led by health experts such as Associate Professor Ray Lovett. We said to him, 'You're a public health expert. You have familial links and existing relationships with health services in this area. Can you lead the engagement of the vaccination effort into western New South Wales, because our people, our families, our communities deserve this expertise?'"

As a result, vaccination coverage lifted from 19 per cent to almost 70 per cent in less than a month. For Steele, the reason why is obvious. "Sometimes it's not about us imposing the answers. It's about encouraging others to lead. That relies on the strength of our relationships and the trust within them."

As the vaccine rollout picks up pace, Steele is focussed on ambitious vaccination targets.

"Our marker is 100 per cent. We're not going to aim for anything less. It's about doing the best for our people, our families, our communities and for our continuing cultures. We've read how colonisation and introduced diseases affected our communities. We still feel their impact on our culture. The last thing we want is a repeat of that."

Steele hasn't forgotten her exchange with the female prisoner on that wintry day in Melbourne, either. And she's grateful for the train of events that have followed since. As for her personal goals, Steele will never stop looking for ways to unlock structural change.

No matter what I do in the future, I'll be thinking about things as a system – about the value of structural change and how disruption, if done with trust and for the right reasons, can embed positive social outcomes. And that's work I simply would never have done without the Atlantic Fellows program. 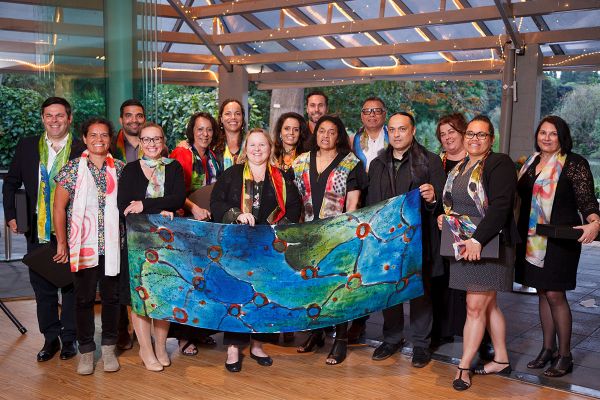 The 2018 cohort of Fellows at their completion ceremony.
Photo credit: James Henry

Demonstrating the strength of the partnership and the trust in the University, the $65M grant made to the University to establish the program in 2016 was the first investment The Atlantic Philanthropies had ever made to directly support Indigenous or First Nations peoples.  That grant is the single biggest donation in the University’s history and remains one of the largest single philanthropic gifts ever in Australia.

In September 2020, the final chapter for The Atlantic Philanthropies was written, with Mr Feeney and the Board signing the formal documents to dissolve the foundation. After dispersing in excess of $10B in grants across the world, Mr Feeney has well and truly fulfilled his lifelong purpose of giving while living. The University of Melbourne is privileged to play a small part in this remarkable story.

Learn more about the Atlantic Fellows