Within two and a half years of establishment, the Indigenous Law and Justice Hub (the Hub) has successfully defended vital Indigenous rights and influenced law reform with support from generous donors.

Formed through the Melbourne Law School (MLS) to work on issues impacting First Nations peoples, with particular focus on criminal law and Treaty, the Hub is directed by Dr Eddie Cubillo.

He is a Larrakia, Wadjigan and Central Arrente man from the Northern Territory with a long history of leading grassroots First Nations justice movements. Now, he’s using his position at the Hub to disrupt Australian legal systems that disrespect Indigenous Australians.

“I agreed to come to Melbourne Law School because I saw an opportunity to push for change and shape the thinking of future leaders in the profession,” said Dr Cubillo.

“Aboriginal and Torres Strait Islander peoples in law join institutions which long excluded them – and the absence of their voices in building the cultures of these places is felt today.” 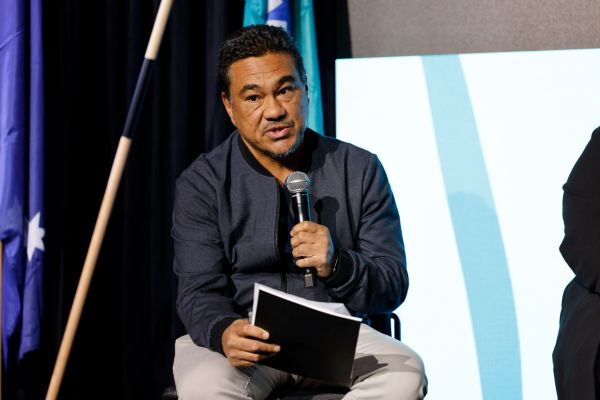 The High Court litigation Minister for Immigration, Citizenship, Migrant Services and Multicultural Affairs & Anor v. Montgomery was withdrawn by the Commonwealth in July 2022 following lobbying from the Hub, who also rallied ally organisations together for the appeal.

The case came in response to the federal court ordering Shayne Montgomery – a New Zealand citizen who was evidenced to be culturally adopted as Aboriginal – to be released from Australian immigration detention and deported in November 2021. Through this case, the coalition sought to restore governmental power to deport Aboriginal non-citizens.

The withdrawal marks an important defence of Indigenous rights that were established in the Love/Thoms case in 2020. It held that Aboriginal Australians could not be classified as aliens.

The defendants Daniel Love and Brendan Thoms are men who had failed their migration character tests due to serving jail sentences. Neither was an Australian citizen, but both identified as Aboriginal Australians.

Former centre affiliate at the Hub Professor Kirsty Gover said, “the Montgomery appeal would have impacted all Indigenous communities by limiting their capacity to make membership decisions for themselves.”

“We wanted to help to keep the Love/Thoms decision in place, and we did this by helping to make the basic point that it is for each First Nation to decide for themselves who their members are – not the government.”

In the Love/Thoms case, the Hub noted an absence of Indigenous voices other than the direct parties. They sought to rectify this lack of representation in settler courts in the Montgomery case and approached the National Native Title Council (NNTC) to consider being interveners.

“We felt it was critical that Indigenous perspectives were heard in the Montgomery hearing given the risk posed to the Love/Thoms precedent, and the possibility that the Court could decide on a central aspect of Indigenous identity without considering the views of Indigenous representatives,” said Professor Gover. 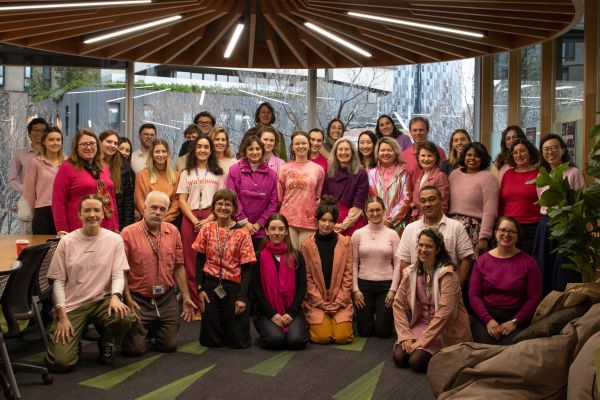 MLS staff and students gathered to support the #pinkfortanya campaign, raising awareness of the crisis of Aboriginal deaths in custody.

The Hub also supported the NNTC’s submissions by forming a pro-bono brief outlining the key legal issues and working with other Indigenous intervening parties to call a Black Caucus – a group of Indigenous organisations who pool their resources to have the greatest impact.

“It’s the first time for a long time that Indigenous people worked closely together with various community interest and legal minds to make sure that their values and key cultural aspects were represented,” said Dr Cubillo.

“I have seen first-hand the positive impacts of Indigenous decision-making on test cases in the 1990s, and this experience was a long-overdue return of these better practices around foregrounding Indigenous values in our litigation practices.”

Outside of influencing precedent-setting court cases that affect Indigenous communities, the Hub is also growing its engagement with law reform advocacy.

In particular, the Legal and Social Issues Committee picked up the Hub’s work that highlighted the need to reduce incarceration generally, rather than adopt predominantly ‘band-aid’ measures which provide limited impact on children’s wellbeing.

Dr Cubillo reiterated that law reform is critical in addressing the discrimination against Aboriginal and Torres Strait Islander peoples that is embedded across the legal system.

“Governments in all jurisdictions need to take seriously the need to work with First Nations communities to address the socio-economic drivers of First Nations incarceration resulting from colonisation, as documented by successive Royal Commission and Inquiry reports,” said Dr Cubillo.

“As the Uluru Statement from the Heart reminds us, Aboriginal people are not innately criminal.”

Riding on the success of its first submission, the Hub is growing its capacity to undertake this work through the Law and Advocacy Program.

“The program is an opportunity for students to get involved in the Hub’s advocacy work as paid Research Assistants, and to learn alongside our experienced advocates and partner organisations,” said Dr Cubillo.

“We were delighted to receive a huge number of applications from students interested in expanding their practical skillsets and knowledge around Indigenous justice.”

Fuelled by its immense impact to date made possible by philanthropic support, the Hub is building upon its initiatives that seek to improve the lives of Aboriginal and Torres Strait Islander peoples into the future.

“We will continue to reform the MLS curriculum to include teaching of First Nations experiences of law across all compulsory units,” said Dr Cubillo.

“We will be traveling with a group of students to New Zealand through the subject Indigenous Law in Aotearoa and Australia, to learn from Māori leaders and legal academics about how these questions of Indigenous justice are addressed in other jurisdictions.”

The Hub’s podcast White Noise will continue to amplify the voices of leading First Nations experts in law and justice, while the Hub also develops a Bench Book – a resource about Aboriginal and Torres Strait Islander people and the law specifically for judges.

With each new project, relationship and program forming another artery to the Hub, its impact on First Nations Peoples is strengthened every day.

Give to the Indigenous Law and Justice Hub

With further support, the Hub can expand its reach into even more Aboriginal and Torres Strait Islander communities.

To make a contribution of any amount, use the online donation form. If you wish to discuss your gift, get in touch via email.