Over the past 15 years, the generosity of the Dara Founders, Anne and Milan Kantor, has bolstered the Wilin Centre for Indigenous Arts and Cultural Development. The support of the Dara Foundation has helped foster Indigenous artists, researchers, and cultural practitioners to realise their full potential – and helped establish a University-wide undergraduate subject that introduces students to Indigenous cultural knowledge and practice.

In the Boon Wurrung and Woi Wurrung languages, the word “wilin” means fire and flame. So, in the late 1990s when University of Melbourne students campaigned for Indigenous representation on campus, they lit a wilin as part of their activism. They succeeded in getting a new unit set up – but little did they know their fire would be a foundation for a much bigger enterprise that flourishes today: the Wilin Centre for Indigenous Arts and Cultural Development.

Using “wilin” as the Centre’s name has proven to be extraordinarily apt. As Wilin head Tiriki Onus explains, throughout its first two decades the Centre has been a beacon of inspiration and ambition, generating an extraordinary array of accomplishments. And there’s more to come: the Yorta Yorta man brims with optimism.

“The Wilin Centre has moved from being a student recruitment and advocacy body into the space of teaching our own academic programs,” Onus says. “And that is going to carry us forward.”

From those early student actions, Wilin emerged formally in 2002 to work across programs in the Faculty of Fine Arts and Music, home of the Victorian College of the Arts and Conservatorium, with generous philanthropic support provided by the Dara Foundation. That partnership, according to Onus, has been crucial to the Wilin Centre’s status and in supporting students in visual and performing arts, design, film, television and production.

Onus himself is a university alum who benefitted from the Foundation’s generosity. Head of the Wilin Centre since 2019, he started working at the Victorian College of the Arts (VCA) in 2006, studying classical voice and opera there from 2008.

I had something of a crisis of faith when I received my [VCA] offer and was terrified to accept, to come and study. But thankfully, there was Wilin and the support that kept me going.

Wilin support is nuanced: while financial assistance is appropriate for some students, Onus says less visible barriers are also tackled.

“Were it not for the Dara Foundation creating a centre like Wilin, there would not have been the other levels of support and agency afforded to students to be able to undertake their studies – the advocacy, pastoral care and things that don’t have a dollar amount.”

“I could sing quite well but I hadn’t had all the years of music theory and training other people had had. It was through the support and tuition I received that I managed to go from, in my first year, scraping by and passing subjects, to getting high distinctions in all my subjects by my third year.”

The Wilin Centre, he says, initiates a strength-based discourse with students rather than assuming a “place of deficit”.

“It has meant students come in with a very safe and supportive environment around them. There is an agenda of success laid out for them at the start – the idea that we are elite but by no means elitist.”

Michael Kantor, son of Milan and Anne Kantor, says his parents have always understood the struggles described by Onus and others like him.

“Ever since its inception, and in the 15 years that have followed, mum and dad through the Dara Foundation financed and championed the Wilin Centre. They did this to directly try and redress the imbalance of opportunity between those who are surrounded in privilege, and those without,” said Kantor.

“It would be fair to say that the Wilin Centre – which itself has had to battle to be heard and respected – would quite likely not have survived without their support.”

When Onus was first involved in 2006-7, there were about six Indigenous students in the faculty, across all year levels. Now there are 52, of which 14 graduated in 2021. Dozens of prospective students were recently auditioned, with offers going out across every discipline in the faculty.

The Wilin Centre now teaches at all levels with four breadth subjects, and offers Masters and PhDs in Indigenous Arts and Culture. In 2022, there will be seven breadth subjects, as well as a first-year compulsory “discovery” subject for every VCA commencing student.

Additionally, there is the new Kummarge program in Dance with the Anne Kantor First Nations Dance Scholarship at the College. Generously supported by the Dara Foundation, the program ensures First Nations students are able to engage with their cultural identity, within a culturally safe environment.

Kummarge means “to arise” and, like wilin, is a Boon Wurrung word. Boon Wurrung Elder N’arweet Carolyn Briggs suggested the word, announcing at the program’s launch: “I wanted to invest that word into these young people, because they’re rising stars... And Kummarge means that.”

While Onus says alumni are always keen to return to the Wilin Centre to celebrate their achievements, they also love assisting younger artists. Alum Ngioka Bunda-Heath is now the First Peoples Partnership Coordinator at Chunky Move and is an independent Dancer and Choreographer who developed her first choreographic work, Blood Quantum, with Wilin Centre support.

She is full of praise: “Tiriki Onus and the Wilin Centre were such a huge support to me during my degree, emotionally and culturally, as it was a struggle being the first Indigenous female to graduate from Dance at the VCA. I will always be grateful for the performance opportunities, the cups of tea and coffee, the use of rehearsal space.”

Similarly, graduates including Daniel King, Ashley Perry and Moorina Bonini have all benefitted greatly through the Wilin Centre and the Foundation. King is now an award-winning filmmaker, Perry remains a practicing artist and mentors young artists, and Bonini has achieved success as a visual artist, bringing Indigenous knowledge systems to the fore in her work. 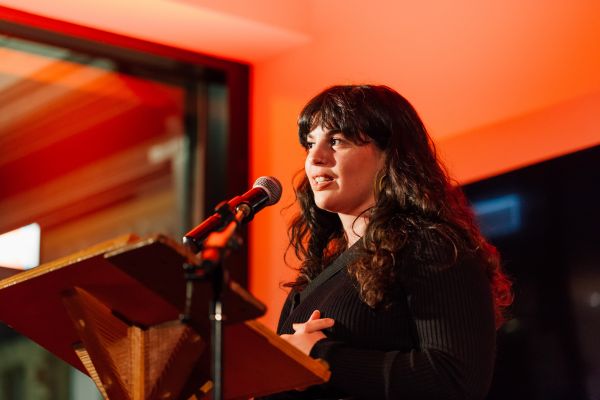 Moorina Bonini at the launch of Black Wattle, commissioned by Arts House for Refuge 2021

Bonini says it isn’t easy navigating university as an Aboriginal woman. She encountered various institutional barriers but is grateful for the Wilin Centre’s support during her studies. Connecting with staff and being lent books about Indigenous art and practice fostered in her a deeper understanding of culture and practice.

Perry, originally from Quandamooka country, reflects on the Wilin Centre as an important place of connection for Indigenous people at the University.

“The Wilin centre has helped by connecting me with different programs and opportunities and has also supported me when things are difficult. Working as an Indigenous artist, there are challenges that can be involved in terms of the work that you make and how it’s received,” said Perry. 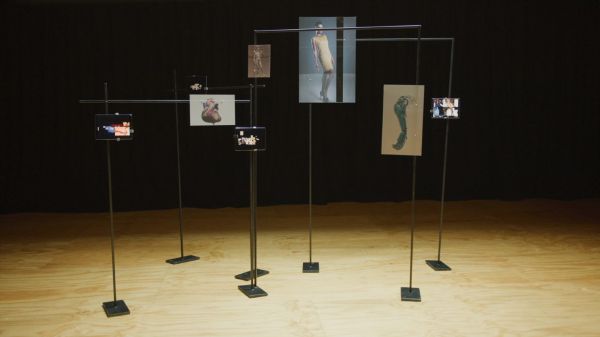 “This was very important to me,” she says. “It situated and positioned the work in the context of Place – acknowledging the Traditional Owners of the land upon which the institution itself sits, but also acknowledging the Wilin Centre and its critical and important role at the University.”

Another Wilin success is RUIAC (the Research Unit for Indigenous Arts and Cultures) which Onus and Dr Sally Treloyn oversee. The centre handles proposals for Masters and PhD programs, and presents new knowledge and content at conferences and symposia.

This research space is one of the biggest growth areas for us,” Onus says. “The idea of a self-sufficient and self-sustaining Wilin Centre that’s supported by the University and Faculty was the reason the Dara Foundation has put such considerable financial resources behind us for so many years.

With such momentum and success, the Wilin Centre will continue to fan the flames of passion for Indigenous arts and culture for many years to come.