The inaugural group of Atlantic Fellows for Social Equity have successfully completed the first year of a visionary 20-year program that aims to harness Indigenous knowledge and ingenuity to create social impact. 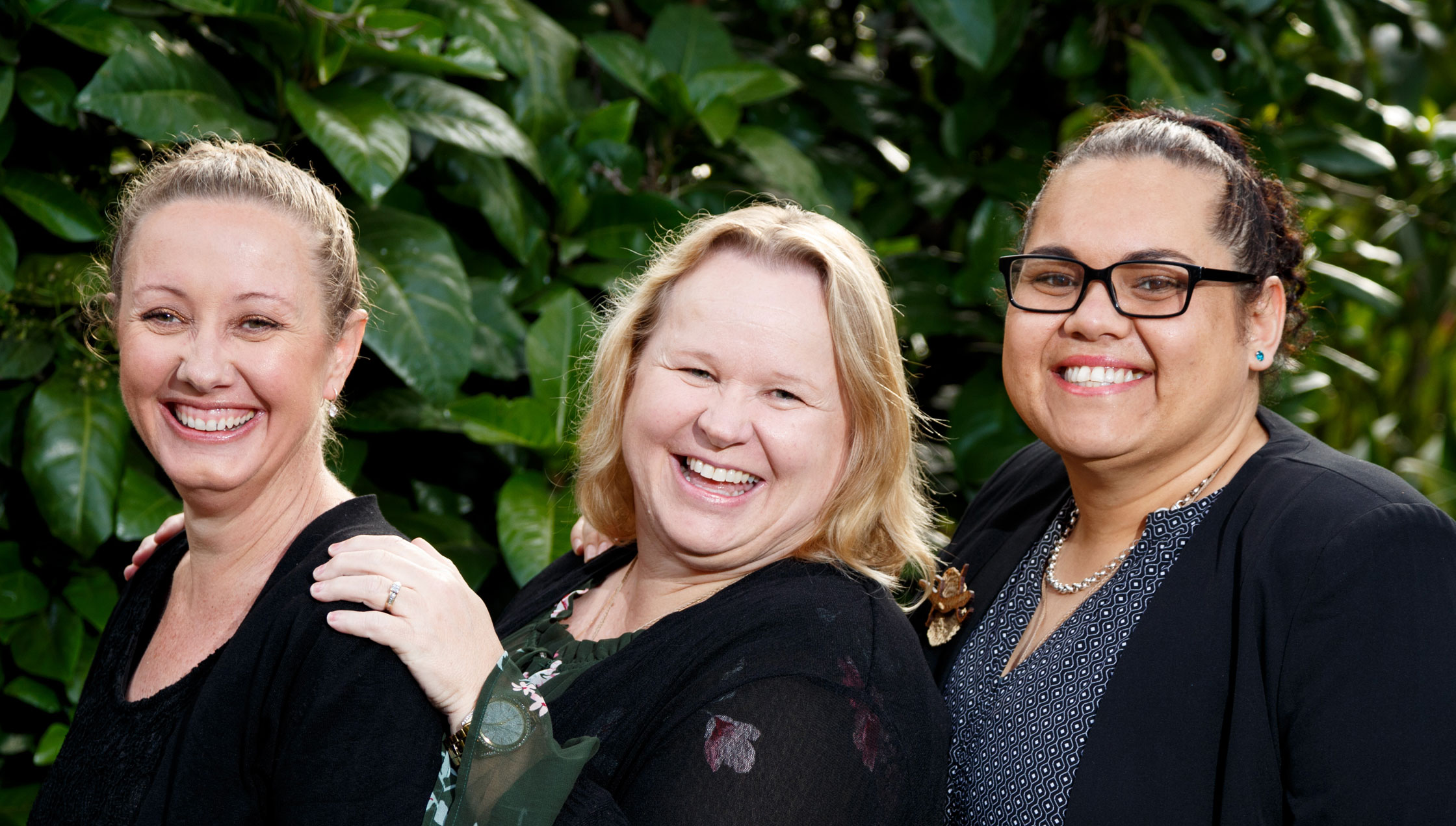 Three of the fifteen inaugural Atlantic Fellows for Social Equity at the University of Melbourne. From left to right Faye McMillan, Jody Barney and Michelle Craigie

Led by the University of Melbourne in conjunction with national and international partners, the initiative was established through an incredible $US50 million gift from the Atlantic Philanthropies.

The program aims to tackle the issues of persistent inequality and social exclusion in Australia and the Pacific, particularly among Indigenous communities, challenging conventional notions of leadership and the need for archetypal leaders.

Fifteen Fellows make up the 2018 cohort. Jody, a deaf Aboriginal and South-Sea Islander woman who has spent 30 years working with communities of Indigenous people, says that the group’s diversity was instrumental to the program’s success.

“There’s not only a diversity of culture – non-Indigenous and Indigenous Fellows – but also ages, relationships and gender identity.”

Reflecting the program’s tailored approach to fellowship, participants decided to create their own leadership framework, rather than rely on theoretical approaches they felt weren’t as relevant.

The framework was based around themes including social cohesion, empowerment, doing business differently, and elevating Indigenous knowledge.

Michelle, a Gomeroi woman born in Moree who is dedicated to creating pathways to economic development and social equity, says that Fellows spent a lot of time considering the ways in which they could collaborate to enact lasting change.

“The focus has really been around: we’ve got these concepts in mind, and we want … the change … [to] be sustainable, and not just another failed program for Indigenous or marginalised people in this country.”

Fellows met regularly during a 12-month non-residential program, and undertook course and field work at the University of Melbourne and elsewhere, including Oxford University, South Africa and New Zealand.

The journey for the inaugural group had its ups and downs, “like every other relationship”, Jody notes.

“For each of us, regardless of whether you’re Aboriginal or not, we’re mindful of the wellbeing that we instil in each other and as Fellows collectively.”

It’s envisioned that the program will run for 20 years, with a new group of leaders joining the ranks annually. Participants agreed that longer-term thinking is a vital ingredient for sustainable changemaking.

“The vision … means that the constraints that many of us work under in Indigenous Affairs are elevated, so that we don’t have to think in [short-term] cycles,” Faye says.

Michelle thinks that aspects of her experience will pay off for years to come, thanks to the program’s emphasis on supporting people rather than projects. “That investment … means that not only are we developing these really great collective projects, but we’re going to make lasting change throughout all aspects of our life.”

Faye draws on a metaphor when talking about the program’s impact: “[The fellowship enabled us to] combine our fishing lines to be able to feed more. One fishing line can only feed so many, but when you weave them all together you can catch more, and feed more.”

Helping the process is an international network of connected programs. The Atlantic Fellows for Social Equity program is one of seven supported by the Atlantic Philanthropies, founded by American duty-free shopping billionaire Chuck Feeney. Much admired by philanthropists, including Bill Gates and Warren Buffet, Feeney is a proponent of ‘giving while living’, and has given away almost his entire fortune.

The Fellows are also keen to emphasise that the program is having an impact on the University of Melbourne itself.

Adds Faye: “Indigenous-led solutions come with a unique set of understandings of our histories, and that is a gift to the University in itself. [Universities] have had a history from a point, but ours sits so much further back in time.

“And rather than create friction, how do we sit in symbiotic relationships, for the mutual benefit of all?”

What we’re seeing is the cultural shift from within the University, challenging their notions around philanthropy and Indigenous leadership. Michelle Craigie