Established more than 25 years ago, the UK Alumni Association brings together more than 2000 UK-based alumni.  We focus on providing opportunities for UK alumni to network, enjoy, learn and continue to engage with the university.  Our reinvigorated committee is focusing complementing the activities that the Univesrity delivers directly in the UK, including Vice-Chancellor and Deans' events.  We aim to showcase the achievements of Melbourne's alumni community.

See events soon to be hosted by the UK Alumni Association.

Get in touch at MelbourneUniUK@yahoo.com 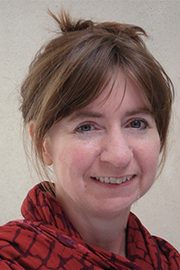 Since graduating in Arts and Commerce in 1992, Kerry has worked in Sydney and London in a career ranging from social research to fundraising and management.  She has also run a film production company, writing and producing short, documentary and feature films.  Kerry is currently Chief Executive of a leading UK charity fundraising consultancy and on the Board of The Cure Parkinson’s Trust. Kerry has been involved in the UK alumni branch since 2006, she has been Treasurer for a number of years and President since April 2018. 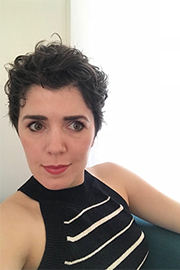 Sabrina has spent most of her life teaching and doing research. She completed a degree in Mathematics at the University of Minho in Portugal and then returned to Australia to do a Master of Science and a PhD in Mathematics and Statistics at the University of Melbourne. After having spent a year at Commonwealth Bank of Australia doing data science, she came to London to become a post-doctoral researcher at Imperial College London and do data science consulting on the side. She has many interests which include investing, innovation, contributing to society, art, painting, learning to play tennis and exploring London. 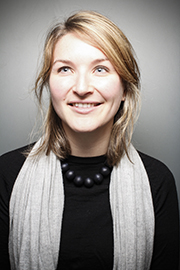 Currently, Anna is an Associate Architect at Architecture Initiative, a London based practice specialising in Education led mixed use projects across the UK.

Anna is committed to furthering her engagement with the University through the association, and is looking forward to becoming more involved with the UK alumni in London.